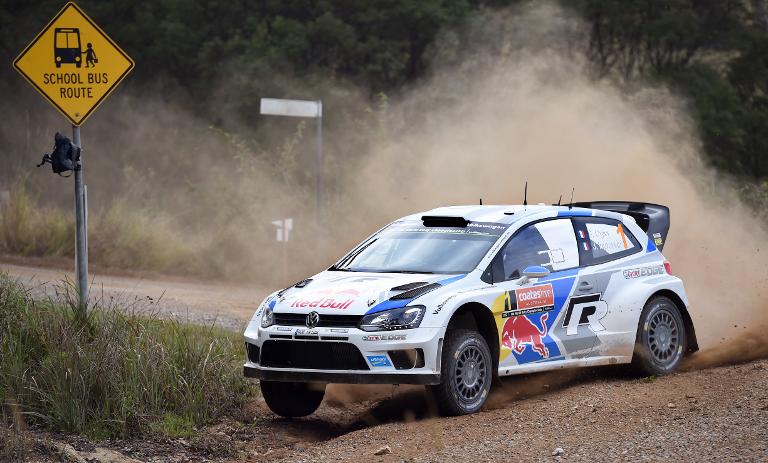 Norwegian Andreas Mikkelsen completed the podium lockout for Volkswagen in third, a further 1min 11.2sec behind.

It was Ogierâ€™s 22nd career win and his sixth of the season, edging him closer to a second consecutive drivers’ title.

Ogier leads Latvala by 50 points with three rounds remaining and he is in position to clinch the world title at his home rally next month.

The manufacturers’ title has not been decided so early in the season since 1989, underlining Volkswagenâ€™s dominance this year.

Ogier and co-driver Julien Ingrassia won 11 of the 20 Special Stages in the Australian event.

Ogier said Sunday’s victory was not achieved with the same dominance as his win last year in Coffs Harbour on the New South Wales north coast.

“This year it wasn’t possible to have that. Jari-Matti was strong but today I knew that without mistakes I would be okay,” Ogier said.

“I tried to stay concentrated, pushing when it was clean and being more cautious in the tricky parts.

“It wasnâ€™t a big winning margin but enough to win the rally and another crucial step towards winning the title.”

Latvala led by a small margin until Ogierâ€™s push for victory on Saturday.

Although rain was forecast, the Frenchman opted for harder compound Michelin tyres than Latvala.

The gamble worked as the rain stayed away and Latvalaâ€™s tyres overheated in the warm weather.

The Frenchman turned a four-second deficit into a nine-second advantage in just one stage, from which Latvala could not recover.

But after Meeke was penalised more than a minute on Saturday for cutting a corner illegally, the Norwegian cruised to his fourth podium of the year.

The penalty dropped Meeke’s Citroen DS3 behind Mikko Hirvonen, but Meeke moved back into fourth to head the Finn’s Ford Fiesta RS by 9.6sec.