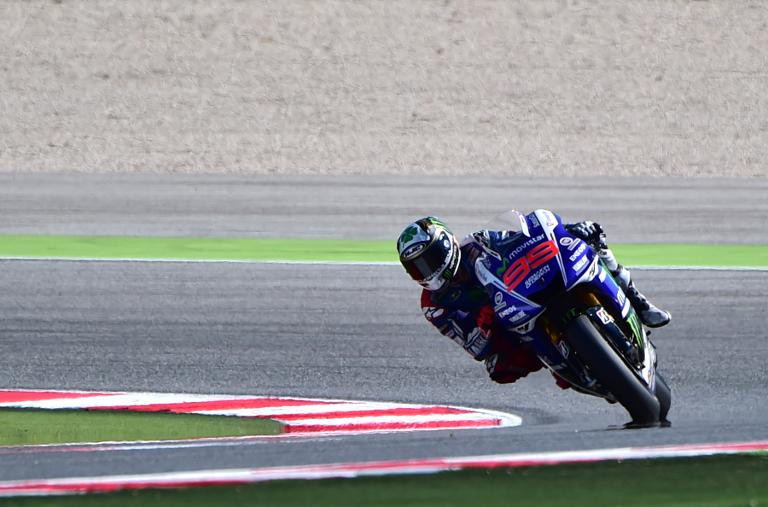 Spain’s two-time world champion Jorge Lorenzo took the 30th pole position of his career but first of the season when he posted the fastest time in qualifying on his Yamaha on Saturday for the San Marino MotoGP at Misano.

The 27-year-old — who is bidding for a fourth successive win in the race — will be accompanied on the front row of the grid by two Italians in Andrea Iannone on a Ducati and Lorenzo’s team-mate Valentino Rossi delighted his many fans on his home track.

Lorenzo, who is yet to win a race this season as Honda have dominated with Marc Marquez winning all bar one of the races and team-mate Dani Pedrosa the other, said it was a huge moment to record their first pole of the campaign.

“Finally after a long, long time, we make a pole position so Iâ€™m very proud. From the beginning weâ€™ve been competitive, not like in Silverstone where we had some issues,” said Lorenzo.

“It seems like the Yamaha is working very well as Valentino is also very fast.”

Lorenzo said that he would need to make the most of his starting position to build a sizeable enough lead early on especially with the Hondas for once on the second row of the grid.

“Being on pole gives a small advantage at the start so I will try to make profit of it and push away in the first laps,” said Lorenzo, who trails overall leader Marquez by 131 points.

“It won’t be easy to go away as Vale (Rossi) has a good pace and the others will be there but Iâ€™m going to try.”

Rossi was ecstatic to be competitive in qualifying for virtually the first time this season.

“I’m so satisfied because itâ€™s the first, first row of the season,” said the 35-year-old nine-time world champion.

“I always struggle in qualifying. In the last races I was able to improve my level to stay always on the second row but the front row is so important for tomorrow, itâ€™s much easier to start at the front.”