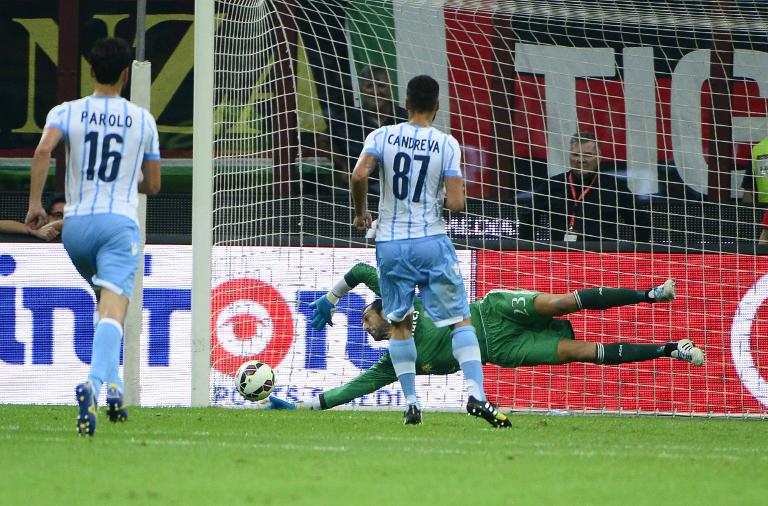 New AC Milan goalkeeper Diego Lopez insists thoughts of a much anticipated clash with champions Juventus are on the back burner as the Rossoneri prepare to face Parma on Sunday.

After two hugely disappointing campaigns, Milan are not the powerhouse they once were at home and abroad, but they began the new season with an encouraging 3-1 win over Lazio last weekend.

Former Real Madrid ‘keeper Lopez believes a measured approach to talk of a revival under new coach Filippo Inzaghi is key as they build up to Juve’s visit to the San Siro on September 20.

“We need to keep doing well, step by step. We are working well with the coach, we are training in a humble manner and steadily we’ll get better if we only think about one game at a time,” Lopez told Milan Channel.

“I’m not thinking about Milan-Juventus for now, the only thing I have on my mind is today’s training, that is the only way to be.”

Inzaghi had a dream start to his top-flight coaching career when the 3-1 win over Lazio, during which Lopez stopped an injury-time penalty from Antonio Candreva, left his side top after the opening round of games.

“The people are behind him both from a professional point of view as well as a personal point of view because he is calm and gives you confidence,” added the Spaniard, who could see compatriot Fernando Torres make his Milan bow against Parma.

Juventus are now coached by Massimiliano Allegri, who was sacked by Milan last season.

He has a lot to live up to in replacing Antonio Conte, who left the Turin giants in the summer after winning three consecutive Scudetti, although his side started the season with a 1-0 win away to Chievo last weekend.

Allegri was given some good news on Thursday, however, when Carlos Tevez played down reports he too could join the casualty list after pulling up with a thigh injury during training.

“Thanks everyone for being worried about me,” wrote Tevez on Twitter. “I have no injury and I am ready for Saturday’s game.”

Strikes in either half from Tevez and Claudio Marchisio sent Juve joint top of the table thanks to their 2-0 home win over Udinese.

Sassuolo striker Simone Zaza, meanwhile, will line up against Inter on Sunday without the beard he had grown in the lead-up to his Italy debut after complaints…. by his mother.

“She couldn’t take it any more,” said Zaza, pictured freshly-shaven, in a report on the website of sports daily La Gazzetta dello Sport.

Zaza will be hoping that shearing his cherished facial hair will not affect the form that saw him hit his maiden goal for Italy in a 2-0 win over Norway on Tuesday in Euro 2016 qualifying as Sassuolo travel to the San Siro looking to build on a 1-1 draw with Cagliari.

Inter’s scoreless draw away to Torino a fortnight ago was not quite the start coach Walter Mazzarri was looking for, although the Nerazzurri’s biggest problem pre-match appears to be deciding whether Fredy Guarin, Pablo Osvaldo or Rodrigo Palacio will play up front with Mauro Icardi.