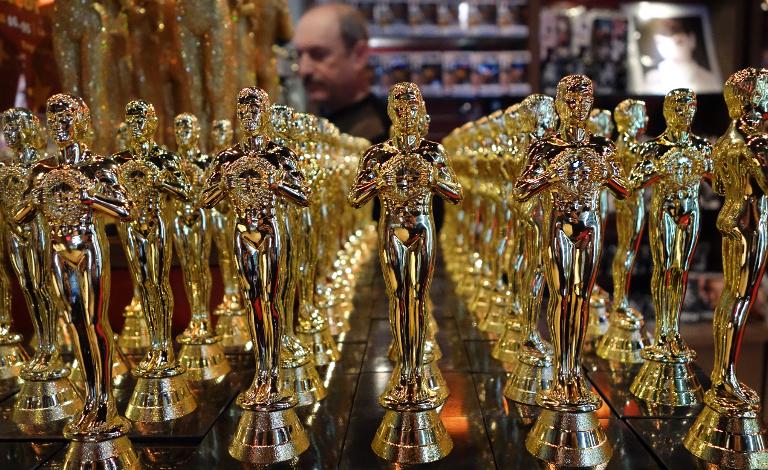 Hollywood’s annual awards season may be months away yet, but for many the race for Oscars gold has already started, with strong contenders emerging from key film festivals this month.

While it is too early to talk of frontrunners — unlike last year when “12 Years a Slave” established itself early in awards season — several movies and actors are already generating buzz in Tinseltown.

Steve Carell, Benedict Cumberbatch and Reese Witherspoon are among the performances already tipped, while unique coming-of-age drama “Boyhood” is among films being talked about as possible nominees.

“Summer is over … it’s back to school and it’s become so for the Academy” of Motion Picture Arts and Sciences, which hosts the annual Oscars show in February, said Glenn Williamson of UCLA’s School of Theater, Film and Television.

Three key festivals — Venice, Telluride and Toronto — have this year overlapped, with the industry descending on Italy from Aug 27-Sept 6, Telluride from Sept 4-7 and Canada from Sept 4-14.

Last year harrowing historical drama “12 Years a Slave” by British director Steve McQueen, which went on to win the best picture Oscar in March this year, made a huge splash at Telluride.

It was then presented in Toronto where it took the People’s Choice Award, before sweeping a string of awards season prizes on its way to Hollywood’s highest accolade, the Academy Award.

Telluride has become increasingly important in gaining awards momentum over the last decade, notably because lots of the Academy’s 6,000 or so voting members go there, said Williamson.

He recalled that the buzz around “The King’s Speech,” which went on to win the best picture Oscar in 2011, had begun in the small Colorado village.

“Very good movies go to Toronto too,” and secure crucial media coverage at a festival known as a serious venue for negotiations for financing and distribution.

“It’s a bit more towards business,” he said, adding: “Venice is also a big splashy opportunity to get publicity about films.”

Generating awards buzz — and nabbing awards themselves — is notoriously difficult and unpredictable. Some think that launching early in the year is a mistake, preferring a late release nearer to Academy voting time.

But Abigail Severance, professor at the California Institute of the Arts (CalArts) School of Film, disagrees. “I don’t think that a performance is forgotten by the time” award voters cast their ballots, she said.

In any case no one film has yet emerged from the pack, even if a few are jostling for position.

“Boyhood,” by Richard Linklater, is one of those. The unprecedented film, made with the same group of actors over 12 years, is a moving tale of a boy’s transformation into a young man.

“Birdman” by Alejandro Gonzalez Inarritu impressed in both Venice and Toronto with former “Batman” star Michael Keaton as a former comic book hero struggling with getting old, and seeking to rekindle his career.

In Toronto, “Black and White” had Costner fighting with Octavia Spencer (best actress Oscar for 2011’s “The Help”) for custody of his mixed-race granddaughter. The role has some claiming he could repeat his Oscars glory from 1990’s “Dances with Wolves.”

Comic Carell is also tipped to be in the best actor race with “Foxcatcher,” based on a true story in which he plays a member of the moneyed Du Pont family implicated in an Olympic scandal.

The sober performance is in stark contrast to his usual comic roles, a feat the Academy has been known to reward.

Benedict Cumberbatch has impressed in “The Imitation Game” as Alan Turing, the British scientist who cracked Nazi codes in World War II, while another performance as a British egghead — Eddie Redmayne playing Stephen Hawking “The Theory of Everything” — is also seen as an early contender.

On the actress front Witherspoon could be in the running for a second Oscar after 2006’s “Walk The Line,” with several remarked-upon performances, including “Wild,” “The Good Lie” and “Inherent Vice” in which a detective probes the disappearance of an ex-girlfriend.

Finally Mexican actor Gael Garcia Bernal is tipped as a possible nominee as a journalist jailed in Iran in “Rosewater,” the directorial debut of satirical “The Daily Show” host Jon Stewart.