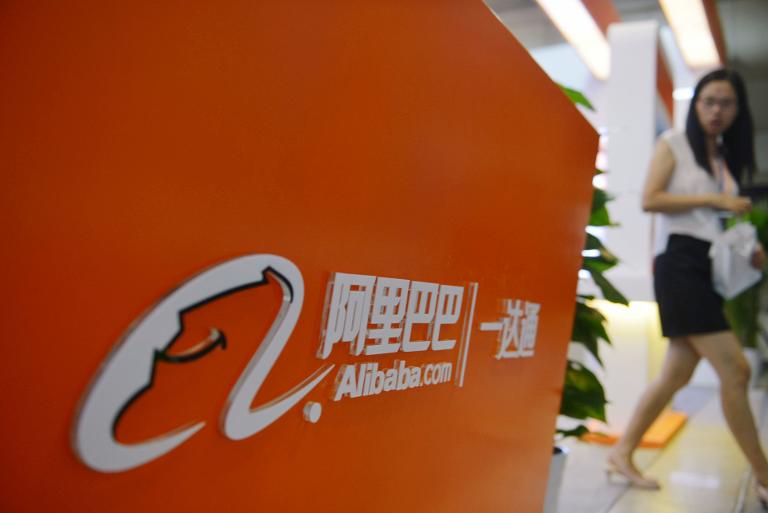 With a possible record-breaking stock offering, Chinese online giant Alibaba is set to boost its role as a global company with a massive expansion potential.

The initial public offering (IPO), expected to raise between $19 billion and $24 billion, could occur as early as the coming week, with the company trading on the New York Stock Exchange under the symbol “BABA.”

The latest price range would give Alibaba a market value of between $148 and $163 billion dollars, making it roughly as large as US-based Amazon, but some analysts say the firm could be worth $200 billion or more.

The huge Chinese retailer could hike the price range before the market debut, points out Gregori Volokhine, portfolio manager at Meeschaert Financial Services.

“They have moved prudently, because it’s very difficult to know in advance the appetite of US institutional investors,” Volokhine told AFP.

The team of underwriters is seeking to chart a course that raises the maximum amount of cash but also allows for a pop in opening trades that helps from a public relations standpoint, he said.

“People will be cautious because a lot of investors were burned by Facebook,” he noted, recalling the 2012 offering which saw a sharp drop from the opening price.

The IPO value nonetheless may break the all-time record of $22.1 billion, set by the Agricultural Bank of China in 2010 in Hong Kong and Shanghai.

Ahead of the IPO, investors were lining up at the New York presentation by Alibaba, known as the “road show.”

“When investors see growth, they get excited, regardless of how Chinese it might be,” said Kelland Willis, analyst at Forrester Research, pointing out the 150 percent gains of JD.com, Alibaba’s main Chinese rival, which went public in May.

The new IPO allows investors to get a piece of the huge Chinese market, but it also will fuel Alibaba’s expansion plans.

Alibaba’s consumer services are similar to a mix of those offered by US Internet titans eBay, PayPal and Amazon.com, and it also operates services for wholesalers.

Alibaba Group made a profit of nearly $2 billion on revenue of $2.5 billion in the quarter ending June 30, according to its latest filing. Revenue rose 46 percent from the same period a year earlier.

US Internet giant Yahoo bought 40 percent of Alibaba in 2005 for $1 billion and now stands to reap a handsome profit from that. Yahoo sold part of its stake in 2012, getting a gain of $7.6 billion.

Under the IPO plan, Yahoo will reduce its stake from the current level of 22.4 percent to 16.3 percent, and could come away from the offering with between $7.3 billion and $9.2 billion.

The largest current shareholder is Japanese telecom group SoftBank, and its stake will fall from 34.1 percent to 32.4 percent.

The company earlier this year announced plans for a US marketplace called 11 Main, which is currently in a test phase.

Willis said it seems unlikely that Alibaba will pose any significant challenge to US giants like Amazon or eBay in the near future,

Alibaba would need “a massive acquisition that would give them access to significant traffic and sellers,” she said.

“A huge part of e-commerce business is traffic, consumer loyalty and product selection. That can take a serious amount of time.”

The United States, she said “is a mature market, where consumers’ habits are already ingrained. It could take quite a lot of time before Amazon and eBay need to be concerned.”

The company decided to list in New York, because Hong Kong Stock Exchange rules prevented founder Jack Ma and senior management from retaining control over the board of directors.

Alibaba and other big Chinese tech firms use a complex legal mechanism in which “ownership is deliberately obscured by a series of shell companies,” the US-China Economic and Security Review Commission said in a June report.