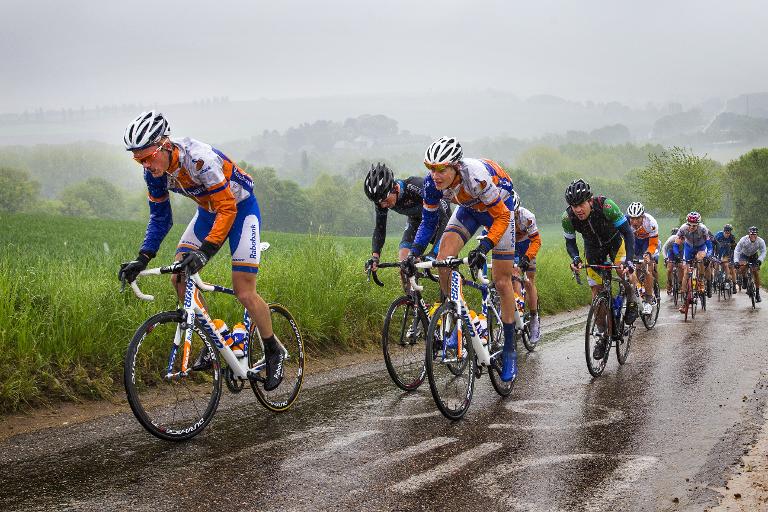 Dutch rider Dylan van Baarle will take a 19-second lead into the final stage of the Tour of Britain when the race concludes in London after the yellow jersey changed hands yet again on Saturday.

Omega Pharma-Quick Step’s Julien Vermote won the seventh and penultimate stage in Brighton, on England’s south coast but the key action, as far as the overall classification was concerned, happened behind him as the peloton split in two with Alex Dowsett, who took the race lead on Friday, left behind.

Garmin-Sharp’s van Baarle — who was also in the breakaway — took the yellow jersey, 19 seconds ahead of Kwiatkowski and 25 clear of Bardiana’s Edoardo Zardini.

Afterwards, Olympic champion Wiggins — the first Englishman to win the Tour de France — played down his chances of retaining his title come Sunday’s concluding time-trial in London which sees him 47sec off the lead.

“(Taking the lead) is a big ask over 8.8 kilometres,” he said on the Team Sky website.

“But you never know with crashes and punctures — anything can happen.

“I think a podium is more realistic. At the end of the day it’s about going out there and trying to win the stage.”

Wiggins added: “The crowd are really encouraging. We do so many races in Europe where you hardly see anyone on the road.

“From this morning all the way through the stage there were just lines of people. It’s great and it’s certainly changed over the last few years.”