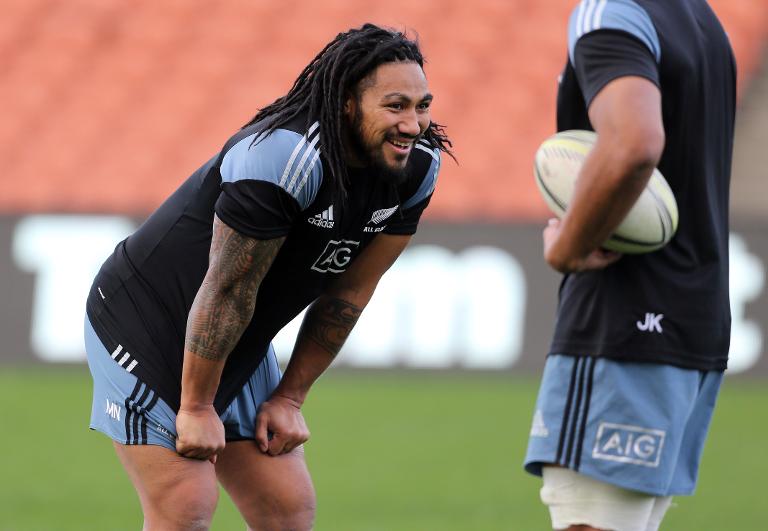 The All Blacks injury toll continued to rise Saturday with key inside centre Ma’a Nonu taken to hospital with a suspected broken arm in their brutal 14-10 win over the Springboks.

It was a no-holds barred clash of the the sport’s two heavyweights who are bitter rivals, with the win putting the All Blacks on the cusp of claiming the southern hemisphere crown for the third consecutive year.

They need to win just one of their two remaining games, away to Argentina — who have not won a game in this competition — and South Africa to be assured of the title.

The veteran Nonu, a blockbusting number 12 playing his 94th Test, suffered the injury 10 minutes from half-time but played through the pain barrier until being replaced before the start of the second half.

“We think it’s probably broken. He got sore in his arm and it got worse and the doctor took a look at half time and said ‘I don’t think you should go back’.”

Utility Ben Smith, who started on the wing and has also played Tests at fullback and outside centre, covered for Nonu for the remainder of the game.

The versatile Smith excelled in the unaccustomed role, winning praise from backs coach Ian Foster for a “magnificent” performance.

Foster said they had talked about the possibility of Smith covering for Nonu but “I told him not to worry because Ma’a never gets injured. That didn’t work.

“He just trusted his instincts. I thought his footwork was really good and he’s been hugely valuable for us.”

Although the reigning world champion All Blacks remain unbeaten in the Rugby Championship, Hansen found plenty to criticise about their performance against South Africa.

“The character of this team’s been tested a few times of the last couple of years and they keep coming up with an A-plus mark,” he said praising a strong defensive effort when the Springboks pressed for a match-winning try in the closing stages.

“But, we put themselves under pressure at times, making poor decisions with our kicking and in doing so allowed the ‘Boks to attack us from unstable platforms and defensive platforms and yet we showed a lot of courage to keep them out.

They could have easily scored right at the very end and won. It’s a shame in a game like that someone has to lose. I’m just happy it wasn’t us.”

Fortunately for the All Blacks, Nonu’s understudy Ryan Crotty, who suffered a fractured jaw in their second Test against Australia, is due to rejoin the squad next week.

However, locks Sam Whitelock and Dominic Bird, and loose forwards Liam Messam and Jerome Kaino have already been injured out of the championship while fly-half Dan Carter and lock Luke Romano have not been available at all through the series.