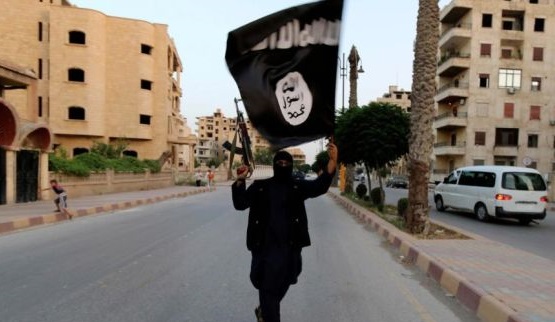 Islamic State’s Twitter users, which have trumpeted the group’s violent acts and worldview on the social media service, have gone abruptly quiet in past days.

Several accounts affiliated with the militant group appear to have gone dormant, according to US government sources, raising questions about whether the government has pressured Twitter to clamp down more aggressively or whether the group has moved to other social media channels.

When contacted, several US officials said on condition of anonymity they were unaware of attempts to quash those Twitter accounts. The sudden silence also came days after reports about Islamic State-linked accounts threatening action against Twitter employees, though there was no evidence to link the two episodes.

But it has suspended several accounts affiliated with the group in recent months, including one user who threatened retaliation against Twitter’s employees.

A U.S. official who spoke on condition of anonymity said that as government officials identify people on social media whom they believe to be “terrorists” or “extremists,” they draw them to the attention of companies such as Twitter and Facebook Inc , which act at their own discretion.

“People (in government), but also people outside, are constantly referring these companies to identified terrorists,” the official said. “I wouldn’t say there is a systematic policy that the U.S. government is going around asking (companies like) Twitter to shut these people down. They sprout very fast. They change their handles.”

A second government source familiar with the situation said there was a clear change of social media tactics by Islamic State in the days leading up to President Barack Obama’s Wednesday speech. Obama said then that he had authorized air strikes in Syria and Iraq, in a broad escalation of a campaign against the organization.

Some experts say the militants may have increasingly taken to other online services such as Russia’s VKontakte and Diaspora, a four-year-old social network that relies on a decentralized network of independent computer servers.

Such a tactic is sometimes employed when militants want to evade tracking, the source added.

The evolving practices underscore the challenges facing government officials and Internet companies as militant organizations discover the power of social media for propaganda and recruiting.

Twitter’s laissez-faire approach to monitoring content, together with an aggressive posture in challenging censorship requests and demands for customer information, have made it the darling of civil liberties advocates and political protesters from New York’s Occupy Wall Street to students in Cairo’s Tahrir Square.

Twitter, which in general has fewer restrictions on content than its social media rivals, has thus become a vital communications tool for activists, political protesters and militant groups alike.

Of particular appeal to groups like the Islamic State: it can be used anonymously, unlike many other services, and it can be used by any cellphone with a text-messaging function.

Its rules prohibit tweets that include “direct, specific, threats of violence against others,” and the company will suspend accounts that use Twitter for illegal activities.

But accounts that purport to be affiliated with or to support militant groups on the U.S. State Department’s list of designated Foreign Terrorist Organizations, such as the Islamic State, might not automatically violate its rules.

“Twitter doesn’t have a real name policy, which makes it difficult to determine a user’s identity. But FTO lists are one of several factors we consider when reviewing a reported account,” a Twitter spokesman said.

Twitter relies on reports from users and government officials. Facebook by contrast has a special team that keeps a lookout for postings by terrorists groups such as Islamic State, which are banned on Facebook.

For instance, Twitter removed videos of American journalist James Foley’s beheading by Islamic State that circulated on its service last month, but relied on a policy of removing images of deceased individuals in response to requests by family members.
Â