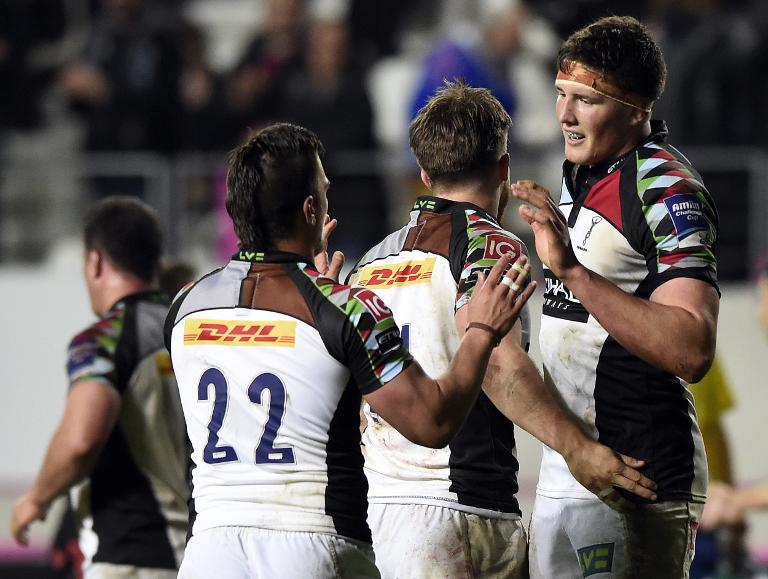 Harlequins director of rugby Conor O’Shea said his players had apologised to the club’s supporters after their dramatic 39-0 loss at home to London rivals Saracens in the English Premiership on Friday.

Quins were ‘nilled’ on their own Stoop ground by a Saracens side for whom former England outside-half Charlie Hodgson ran the show with a 22-point haul that included a try, one conversion and five penalties.

It was a severe shock for a Harlequins side with ambitions to wrest the title from champions Northampton and O’Shea urged his side to up their game against Wasps a week on Saturday.

“The players went over to the crowd to apologise afterwards because that’s not us,” O’Shea said.

“We were nilled at home in a match that we entered with huge expectations.

“We’re shot to pieces because we certainly didn’t see that coming. In emotional terms that’s a big blow.”

The former Ireland full-back added: “We have to react to that. We can talk about it all we like, but we have to respond.

“We’ll find that very difficult to take, but we have to take it. It’s an incredible emotional low. We didn’t see it coming.

“We won’t read the players the riot act for something like that. It’s sport and sometimes you come across things you can’t explain.

“It’s easy to read the riot act, but the players know exactly what they did.

“We needed to get the scoreboard going but never managed that. We had so much territory and possession but ended up on a 39-0 defeat.

“I’ll give all credit to Saracens, they were outstanding.”

“We were pretty relentless out there and because of that we were able to build a lot of pressure,” said Saracens director of rugby Mark McCall.

“We weren’t expecting a scoreline like that, but we wanted a performance full of energy and we got that,” added McCall, whose side were beaten in last season’s Premiership final by Northampton — after losing the European Cup final to a Jonny Wilkinson-inspired Toulon.

“Charlie was one of several people who played really well and he’ll be the first to say the pack gave him a great platform.”