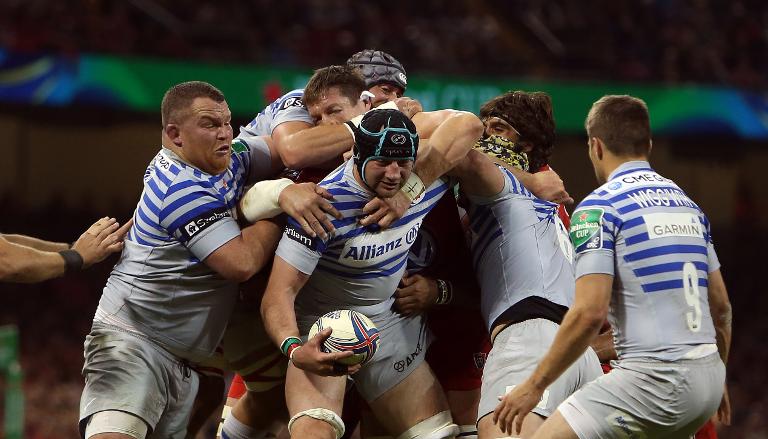 Saracens wing David Strettle will look to press his case for an England recall when his side face London rivals Harlequins in the English Premiership at The Stoop on Friday.

The 31-year-old wing has not played for his country since June 2013 but believes he still has a chance of breaking back into coach Stuart Lancaster’s squad ahead of next year’s World Cup on home soil.

Strettle started the season in style with a hat-trick in another all-London clash which saw Saracens, beaten finalists in both the European Cup and the Premiership last term, edge out Wasps 34-28 at Twickenham on the opening weekend of the season.

“If I had been fresh on the scene last season, I think they would have put me in the squad,” Strettle said.

“But Stuart probably thinks, ‘I know what I get from him, so I’m going to see if anyone comes out and makes the shirt their own’.

“And if no-one does that then hopefully he’ll sit back and look again.

“If I’m playing the best when he looks at that, then hopefully I’ll have a chance.

“Everyone wants to play so well that he can’t say no.

“I always get asked, ‘do you want to be involved?’ All the lads do…I’ve not given up on it myself.”

Wing is one of the most keenly contested positions in the England set-up and one where Lancaster appears to have yet to make up his mind.

– Monye out for three months –

But Quins will be without Ugo Monye for Friday’s home match after their 31-year-old England wing was forced off early in the club’s Premiership-opening win against London Irish.

Monye scored in the 10th minute but lasted just 17 more before he went off.

And on Wednesday he tweeted he would be sidelined for three months as he had “pulled the tendon of the bone in my groin”.

However, Quins do have alternative wing options in Marland Yarde, himself an England international, Ollie Lindsay-Hague, Charlie Walker, Asaeli Tikoirotuma and Tom Williams.

Saturday sees another two clubs who made a winning start to the season meet when Exeter face Leicester.

This will be Leicester’s first match since captain and England lock Ed Slater was confirmed as being out for the rest of the season with an anterior cruciate ligament knee injury.

“He has had his ACL reconstructed and he will be pretty much out for the season.”

Slater’s absence will be cushioned for Leicester by the pre-season arrival of 39-year-old World Cup-winning former All Black Brad Thorn.

London Welsh will look to show they can survive in the Premiership away to Bath while Gloucester, a side with several recent signings and a new coach in former Ireland outside-half David Humphreys, will attempt to bounce back from their 53-6 thrashing by champions Northampton against Sale.

Northampton are away to Wasps on Sunday when both Newcastle and London Irish will aim for a first win of the season when they meet in the north-east.