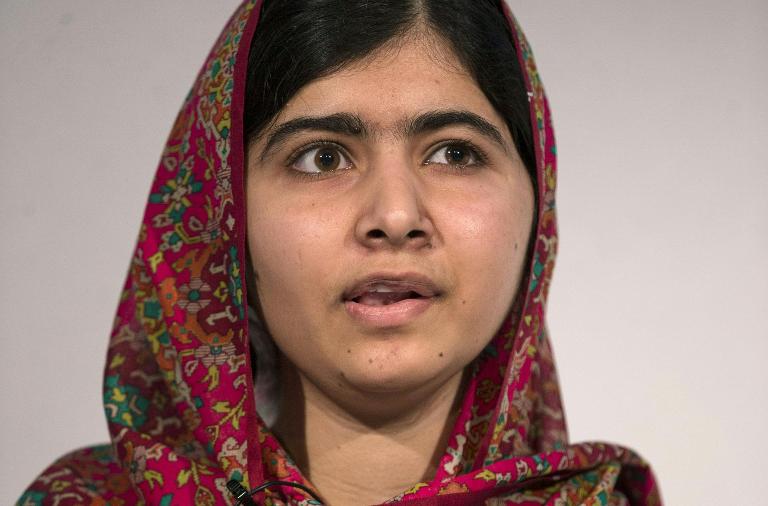 The Taliban gunmen who tried to kill Pakistani schoolgirl campaigner Malala Yousafzai in the country’s restive northwest two years ago have been arrested, the army said on Friday.

Militants boarded the teenage activist’s school bus and shot her in the head in October 2012 for her outspoken views on girls’ education, in an attack that also wounded two of her friends.

Malala survived and went on to earn international plaudits for her courageous and determined fight for all children to have the right to go to school.

The Tehreek-e-Taliban Pakistan (TTP) claimed the attack almost immediately but no arrests have been announced until now.

The detention of the 10 suspects involved the army, police and intelligence agencies and was part of the Pakistani military’s ongoing offensive against the TTP and other extremist outfits.

“The group involved in the attack on Malala Yousafzai has been arrested,” Major General Asim Bajwa told a news conference.

Bringing the men to trial will likely be a long process — in Pakistan’s sclerotic legal system, cases grind through the courts for years making little progress.

Bajwa said the group had a hitlist of 22 targets in addition to Malala, all ordered by the TTP’s current leader Maulana Fazlullah.

All its members were from Malakand, close to Mingora, the main town of Swat where Malala was attacked, he said. The leader Zafar Iqbal ran a furniture shop.

“Three people were involved in that attack, one of them is martyred and two are alive,” Ehsan said in a statement.

He denied the attack was ordered by Fazlullah — who is no longer recognised as TTP chief by Jamat-ul-Ahrar — saying it was planned by local militants.

On Twitter he denied the arrests, saying the two surviving attackers were free.

After narrowly surviving the murder bid — one bullet grazed her brain and passed through her neck before lodging in her shoulder — Malala was taken to Britain with her family for treatment, where she now lives.

The TTP have said they will try again to kill her if she ever returns to Pakistan.

Her courageous recovery has made her a global figure — she won the EU’s prestigious Sakharov human rights prize last year and was nominated for the Nobel Peace Prize.

An address she gave to the United Nations General Assembly in July last year, in which she vowed she would never be silenced, earned her a standing ovation.

Malala first rose to prominence in 2009, aged just 11, with a blog for the BBC Urdu service chronicling life under Taliban rule in Swat, the beautiful valley in northwestern Pakistan where she lived.

She had become well-known in Pakistan as a young campaigner for girls’ right to attend school after the Taliban took control of Swat in 2007, speaking out against the militants’ ban on female education and their bombing of local schools.

Under the Islamist militants’ bloody rule, opponents were murdered, people were publicly flogged for supposed breaches of sharia law, women were banned from going to markets — and girls were stopped from going to school.

In her autobiography published last year, Malala described receiving death threats in the months before the attack.

“At night I would wait until everyone was asleep,” she writes. “Then I’d check every single door and window.”

Now living in Britain’s second city Birmingham, where she was flown for specialist treatment after the shooting, Malala also spoke in the book of her homesickness and her struggle to adjust to life in England.

The book also revealed she is a fan of Canadian pop sensation Justin Bieber and the “Twilight” series of vampire romance novels.

But it is for her education campaigning that the 17-year-old is best known.

Accepting the Sakharov prize last year, she urged politicians to cut military spending and invest instead in education to create “a country with a talented, educated and skillful people”.

Despite her global profile — hailed by the likes of Angelina Jolie and former British prime minister Gordon Brown — Malala is viewed with suspicion by some in her homeland, who see her as a Western puppet.