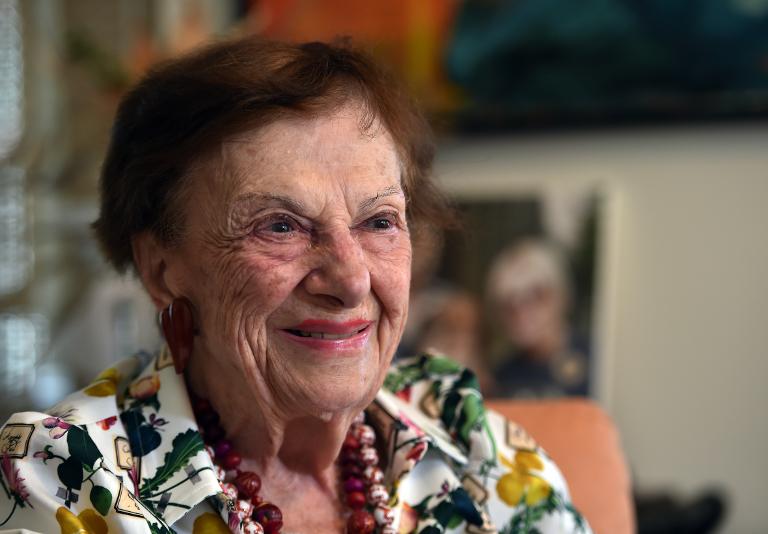 Aged 90, the master planner of New York Fashion Week, Ruth Finley, is turning the page on 70 years of history.

For generations she has been both friend and adviser to designers. She recalls all their shows. She remembers Zac Posen and Marc Jacobs starting out, and explains how talents are often spotted at the get-go.

But now Finley has sold the “Fashion Calendar” she created and ran all her life. Next season, it will be fully digitalized — and the great-grandmother will have a quieter life.

Printed on pink pages and bound in red — to make it easier to find on cluttered desks — the calendar has been an essential companion since 1945 to countless designers, journalists, retailers, PR agents and models at the twice annual New York Fashion Week.

The first year, there were “at most” 10 events a day, Finley told AFP in her Upper East Side apartment, just around the corner from the office where she still works every day from 8:30 am to 4 pm.

But “today, in a week like this, we have almost 400 in nine days,” she said of the current Fashion Week that wraps up Thursday.

All the shows and parties are listed on 26 pages of typed print. A third of subscribers still receive the calendar in paper form despite the launch of an online version in 2007.

For more than six decades, Finley has been the great organizer, the one designers called to reserve the date and time of their show, make schedule changes or even confide in.

“Forty years ago when I started, she was the first person I would call and I wasn’t alone,” designer and president of the Council of Fashion Designers of America, Diane von Furstenberg, told AFP.

The CFDA bought the calendar this summer and formally takes over on October 1, with the intention of digitalizing it and bringing it into the 21st century.

Finley can talk fashion for hours. And a trophy she recently received from the directors of the CFDA is proudly displayed in her library.

“There were maybe 60 to 75 retail stores in New York City,” she said. “But at that time, there were no designer names. It was only the store name.”

Then publicist Eleanor Lambert organized a “press week” to promote American fashion at a time when Paris wasn’t getting much attention because of World War II.

Lambert invited journalists from across the country to a grand New York hotel where most of the shows took place.

“Fashion Week” took its name in 1994 when it was reorganized at Bryant Park. In 2010, it moved to Lincoln Center but has since spread throughout the city.

Throughout the years, Finley organized the shows, looked for locations, switched scheduling and defused conflicts.

“Even today, I am still doing that,” she said in a soft voice. “I completely know them all, personally, and they trust me.”

Finley has served as a friend, adviser, shrink and counselor.

It “is a very personal job,” she said.

She talks of how designers call her up to intercede on their behalf or make schedule changes at the last minute — and the headaches they create.

A week before this year’s Fashion Week, for example, Marc Jacobs brought forward his show from 8 pm to 6 pm.

“That meant everybody who I had at 6 o’clock, I had to change,” she said, adding the time tweak also created a knock-on effect for the models.

Finley still goes to work on a daily basis, and on foot at that despite her advanced age.

She admits to being “a little bit sad” about selling the calendar, which has been her life.

And while she would have liked to have kept it in the family, none of her three sons or 11 grandchildren were keen.

But Finley is not putting her feet up just yet.

She will remain, she said, a consultant for the CFDA. And she might write a book about the famous designers she has come to know so well.

On top of that, “I might do some traveling and I could spend more time with my grandchildren. I have 11, and one great-grandson.”