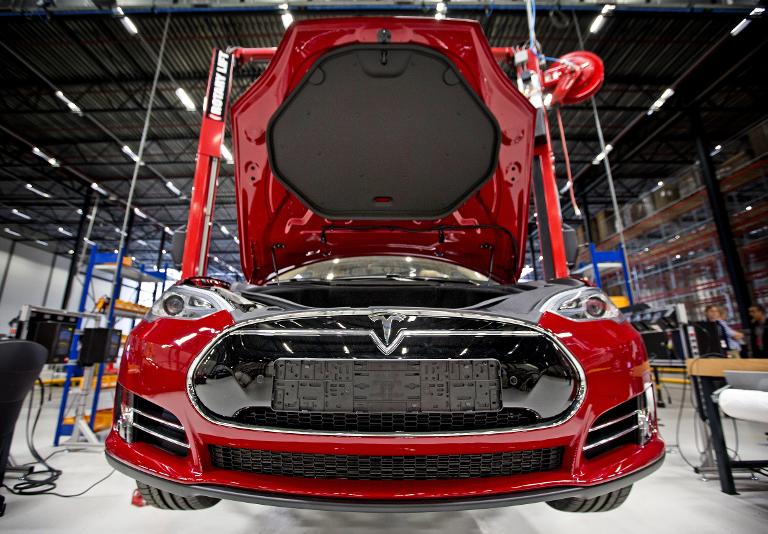 Industrial output in the eurozone rose one percent in July, official data showed on Friday, offering a rare glimmer of positive news to a single-currency economy struggling with stagnating growth and low inflation.

The increase in factory output data was a turnaround from the previous month, when an unexpected 0.3-percent drop in industrial activity caught analysts off guard.

That figure raised concern that a fragile recovery in the single currency bloc had fallen completely off track.

In July, the one-percent rise from output in the previous month was fuelled by a 2.6-percent rise in investment goods, which include infrastructure and machinery, and a 1.2 percent lift in non-durable consumer goods, such as food and clothes.

However, production of durable goods dropped 1.2 percent in the period and energy related goods fell by 1.3 percent.

Across the 28-nation European Union, industrial output rose by 2.0 percent from the previous month, pushed higher by a sharp 4.0 percent rise in investment good output.

By country, Ireland posted the highest rise in industrial output, rising by 11.3 percent from output the previous month, due to a sharp rise in pharmaceutical goods output.

Denmark saw the biggest fall, down by 4.7 percent and Greece was off by 1.7 percent.

The output data provides hope that the eurozone will turn back to growth after the economy ground to halt in the second quarter this year.

This “is not surprising given the tensions and sanctions between Russia and the West over the crisis in Ukraine and the slowdown in demand from some emerging market economies,” he said.

With prices dampened by low demand, inflation in the eurozone stands at very low 0.3 percent, which pushed the European Central Bank to unprecedented action last week, with a rate cut and a new programme to pump cash into the flagging economy.