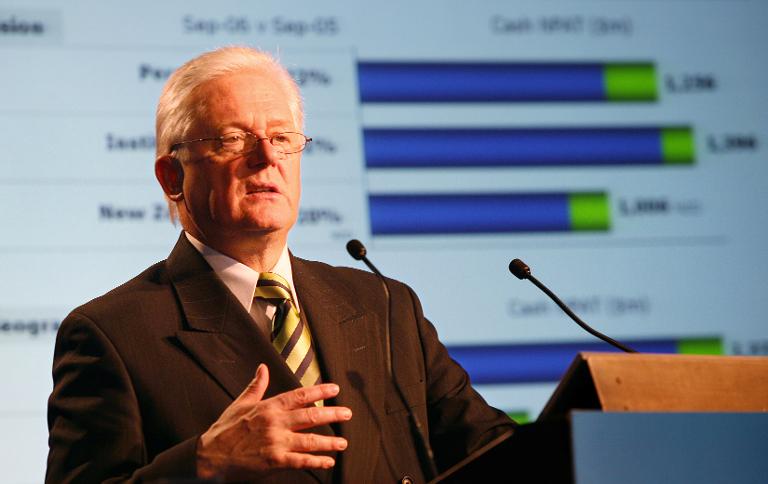 Barclays chairman David Walker will step down next year, the British bank said on Friday, having spent more than two years steering the business through fallout from the Libor rate-rigging scandal.

John McFarlane, chairman of British insurer Aviva, will replace Walker following Barclays’ annual general meeting on a date to be decided in 2015, Barclays said in a statement.

“I am delighted that Barclays has appointed John McFarlane to succeed me as chairman,” Walker added.

“We are making good progress toward the delivery of our strategic objectives and I have every confidence that John will work very successfully with (chief executive) Antony Jenkins in leading this great bank through the next phase of that journey.”

Barclays recently launched plans to shrink its investment bank and to axe 19,000 jobs across the entire group in the next two years, as Jenkins shakes up the company following a series of recent scandals.

Barclays, which was at the heart of the Libor interest-rate rigging affair, also faces investigations along with other major lenders over possible manipulation of foreign exchange trades.

The Libor scandal erupted when Barclays was fined Â£290 million in 2012 by British and US regulators for attempted manipulation of Libor and Euribor interbank rates between 2005 and 2009.

Euribor is the eurozone equivalent of Libor, and interbank rates are the rates at which banks lend to each other. The Libor rate is a benchmark on which are based vast numbers of financial contracts around the world.