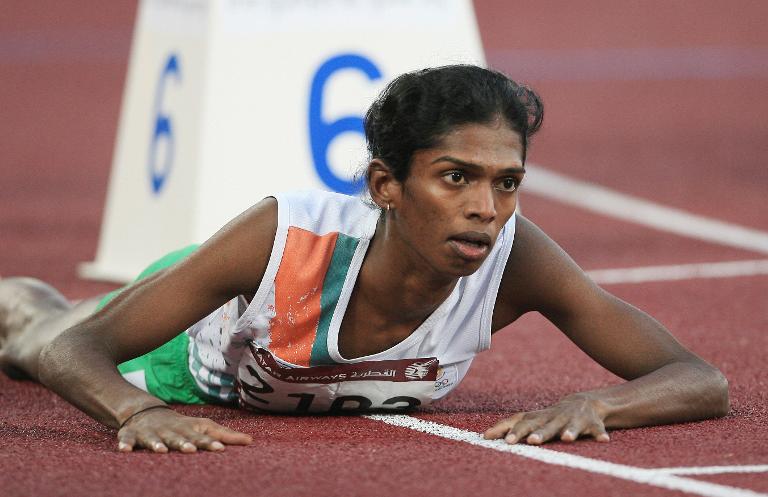 Five Asian Games controversies ahead of the 17th edition in Incheon, starting on September 19:

— During the equestrian competition at the 2006 Asian Games in Doha, 47-year-old South Korean rider Kim Hyung-chil was killed at the eighth jump on the cross-country course.

Rain had been falling steadily as tragedy befell Kim, a father-of-two from Seoul who had won the gold medal in the event in Pusan in 2002. The front legs of his horse, Bundaberg Black, hit the 1.08 metre jump, one of the smallest on the course, throwing Kim over. The horse landed on the helpless rider, crushing his chest and head.

— Bodybuilding featured for the second and last time in Doha in 2006 and was marked by Iraq’s Saad Faeaz becoming the only athlete in Asian Games history to be thrown out for doping without undergoing a laboratory test.

Faeaz was caught with 134 ampules of nandrolone, an anabolic steroid, on arrival at Doha airport. Bizarrely, he was still allowed to compete on a technicality in the 75kg category four days later and finished seventh, before later being disqualified.

It was not the only scandal to strike the sport. Judging standards were widely criticised by many countries with Malaysia protesting vehemently after their hot favourite Sazali Samad, winner of the bantamweight “Mr. Universe” title, was awarded only second place.

— One of the Games’ most reverberating rows had an unusual source: a taekwondo competitor’s socks.

Taiwan’s Yang Shu-chun staged an hour-long sit-in when she was disqualified, when on the brink of victory in the first round in 2010, for having unauthorised scoring sensors on her socks.

Politicians in Taiwan claimed the disqualification was “an insult” to the country, and conspiracy theories abounded over “sockgate” when China’s Wu Jingyu — Yang’s main rival — went on to win gold.

The Asian Taekwondo Union’s website was hacked after it published an article titled “Shocking Act of Deception by Chinese Taipei”.

Despite having been a prime mover in having cricket added to the Games programme, India cited “prior international commitments” for pulling out, prompting a war of words with arch-rivals Pakistan who declared that unlike India they would honour their commitment to “our close friend” China.

Bangladesh won the gold medal by defeating Afghanistan, who had pulled off a shock victory over Pakistan in the semi-final.

— Leading Indian female athlete Santhi Soundarajan was stripped of the 800m silver medal in Doha 2006 after failing a gender test.

Soundarajan was shunned in her home village after the news broke and fell into depression, eventually finding work in a brick kiln despite being one of India’s most decorated athletes with 11 international medals.

The Tamil Nadu government finally stepped in two years ago to recognise her achievements and assist her. The result was that in April this year, Soundarajan realised a long-held ambition and became a qualified athletics coach.