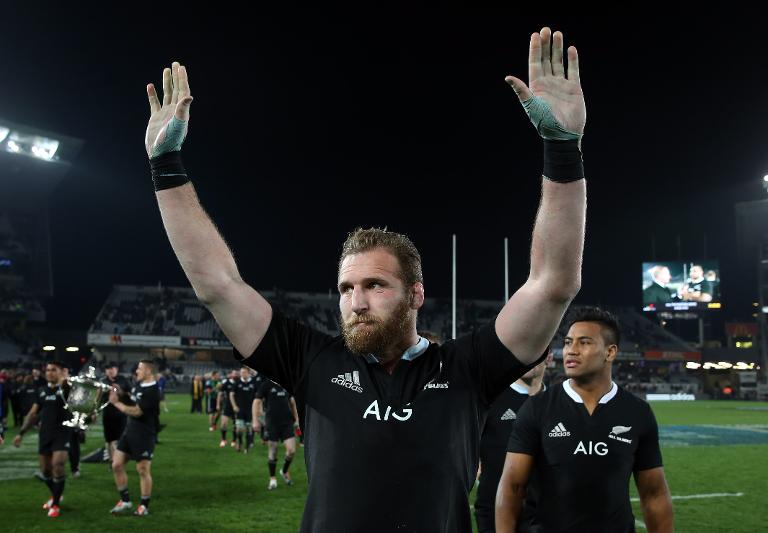 The world’s top two rugby sides, New Zealand and South Africa, acknowledged each other as bitter rivals Friday as they prepare to meet in a crucial fourth-round Rugby Championship clash.

A win for the All Blacks on Saturday would put them on the cusp of claiming the southern hemisphere championship for a third successive year.

A South African victory in Wellington would hand the Springboks the initiative with two rounds remaining.

As All Blacks captain Richie McCaw reflected Friday on facing his arch rival 21 times in his 130-Test career — with a record of 16 wins and five defeats — he rated playing the Springboks as “the Test”.

The odds are in favour of the New Zealanders — unbeaten so far in the championship — after South Africa struggled to defeat Argentina in their opening two matches before blowing a nine-point lead with 15 minutes to go last week to lose 23-24 to Australia.

The All Blacks also head most of the championship statistics columns this year, including scoring five more tries than their nearest rivals South Africa, making the most clean breaks and most tackles, but McCaw is taking nothing for granted.

“They are number two in the world. It’s always a hell of a Test match,” he said on the eve of the Test. “These are the games you really get excited about and tomorrow’s got that feeling.

“I’ve never had one (against South Africa) that you walk off and say ‘that was pretty straight forward’. They’ve always been a hard day out.”

Springboks coach Heyneke Meyer has talked of an “unconventional” approach to attacking rugby on Saturday, underscored by his selection of 20-year-old Handre Pollard at fly-half with 21-year-old Jan Serfontein at outside centre.

McCaw said the All Blacks planned to make life uneasy for Pollard who has played only three Tests.

“You do that by starving him of ball and making sure the ball they get is not real easy for him,” McCaw said.

“That’s about getting the start of the game right and not letting him settle.”

Springboks vice-captain and veteran lock Victor Matfield described the All Blacks as “the biggest challenge out there” and said the Springboks would have to lift their game considerably to match the hosts.

Although the forecast is for rain, McCaw played that down after his side scored four tries in greasy conditions when they beat Argentina 28-9 last week.

“We’ve got to back ourselves to get our skills right, and in reality it will come down to the contact area,” he said. “Even if it’s wet, if you can win that it makes it a damn sight easier.”

The All Blacks have not been beaten on home soil in 33 Tests since they lost to South Africa in 2009, a year in which the Springboks also won twice at home against the visiting New Zealanders for a rare 3-0 shut-out.

In the five years since, the All Blacks have won eight of nine matches against the Springboks.