Home Sports Peng will still double up despite singles success 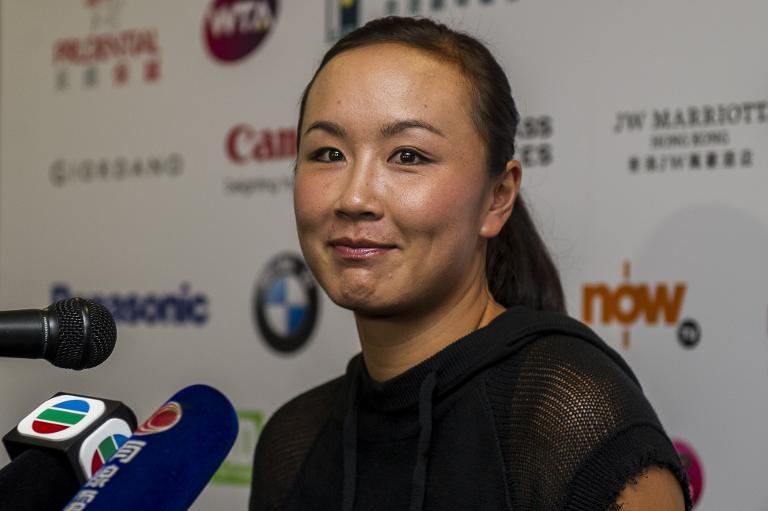 Peng Shuai said Thursday she still intends to play a hectic doubles schedule despite making it to the last four of a Grand Slam singles for the first time last week.

But the Chinese world number 21, who retired through cramp and heatstroke against Caroline Wozniacki in the US Open semi-final last Friday, admitted she will need to improve her fitness.

“I’ll still be focused on singles and doubles,” she told reporters in Hong Kong.

“But what I learnt at the US Open was that in future I have to take care of my body.

“It’s the first time that happened to me. So I just have to practise hard and work on my fitness,” she added. “If I do that in the future I’m sure I can handle it better.”

Peng was speaking on her return to Asia at the $250,000 WTA Hong Kong Open, where she had been due to play this week before pulling out on doctor’s orders.

She reiterated that giving up doubles to concentrate on singles was not on her agenda. Not yet anyway.

“You know I was asked after the French Open if I’m just a doubles player, but I’m still really focused on both,” she added. “I’ll definitely play both next year.”

Peng, who has been ranked number one in doubles and has lifted two Grand Slams — at Wimbledon in 2013 and at the French Open this year — with Hsieh Su-Wei of Taiwan, confirmed the pair would reform one last time to defend their title at the WTA World Finals in Singapore next month.

Their participation had been in doubt after they announced they would split after losing in the last 16 of the US Open.

And asked if she thought she had now stepped out of Chinese number one and double Grand Slam winner Li Na’s shadow, Peng said that wasn’t the main concern.

“I think first we all need to step out of Serena’s shadow,” she said to laughter, referring to the world number one and 18-time major winner who carried off her sixth US Open on Sunday.

On court Thursday, second seed Daniel Hantuchova of Slovakia became the fourth seed to fall when she was beaten by the 20-year-old Belgian Alison van Uytvanck 3-6, 6-2, 6-4.

The 31-year-old Hantuchova seemed to suffer more from the stifling heat and humidity and was stunned as the youngster rallied from a set down to progress to the quarter-finals after a two-hour 20 minute battle.

Number three seed Karolina Pliskova had no such problems against Puerto Rica’s Monica Puig, the Czech winning 6-3, 6-4 in 75 minutes to set up a quarter-final on Friday against number five seed Zheng Jie of China, who beat countrywoman Zhang Kai-Lin 6-1, 6-4.

Number seven seed Jana Cepelova of Slovakia is also through to the last eight after a 6-1, 6-3 win against Zhu Lin of China.