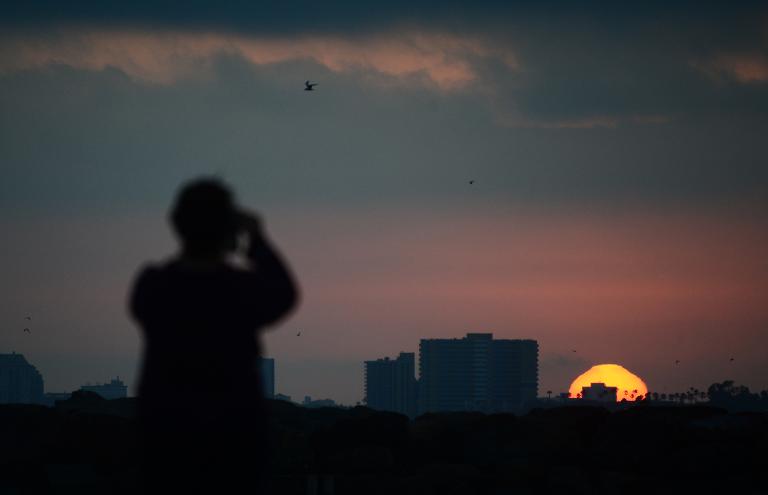 In some rare good news for the environment, the UN on Wednesday said Earth’s damaged ozone layer was “well on track” for recovery by mid-century, although fixing it over Antarctica would take longer.

In their first review in four years on Earth’s vital shield, UN agencies said a 1987 treaty to protect the ozone layer was so successful it was indirectly adding to problems in another area — global warming.

Without the landmark Montreal Protocol, two million extra cases of skin cancer would have occurred each year by 2030 and levels of ozone-damaging compounds could have increased tenfold by 2050, the report said.

The pact had also averted ultra-violet damage to human eyesight and to plants and animals, it said.

“The Earth’s protective ozone layer is well on track to recovery in the next few decades,” the UN Environment Programme (UNEP) and the World Meteorological Organisation (WMO) said.

Recovery to a benchmark level of 1980 “is expected to occur before mid-century in mid-latitudes and the Arctic, and somewhat later for the Antarctic ozone hole,” their report said, standing by estimates made in 2010.

UNEP chief Achim Steiner hailed the Montreal Protocol, which set a timetable for scrapping chemicals that deplete the ozone, as “one of the most successful environmental treaties” in history.

“However, the challenges that we face are still huge. The success of the Montreal Protocol should encourage further action not only on the protection and recovery of the ozone layer but also on climate.”

Ozone is a three-atom molecule of oxygen. In the stratosphere, a layer of the atmosphere that lies at between 10 and 50 kilometres (six to 32 miles) in altitude, it is a natural shield for life on Earth’s surface.

It filters out harmful ultra-violet light from the Sun that can cause sunburn, cataracts and skin cancer and damage vegetation.

Its thinning — the “ozone hole” — is caused by extreme cold temperatures at high altitude but also by man-made chlorine compounds, such as coolants in air conditioners and refrigerators, insulation foams and propellants in hair sprays.

Most of these substances, notably chlorofluorocarbons (CFCs) and halons, are being phased out on schedule under the Protocol, which has been ratified by all 197 UN members.

Although it said the news for the ozone layer was generally good, the 110-page report, authored by 300 scientists, also warned of potential pitfalls.

It pointed to an ozone-eroding compound, carbon tetrachloride, whose production continues to rise, even though it is covered by the treaty.

Measured atmospheric levels of this substance are “much larger” than production and usage figures that countries have reported over the last decade, the report said.

And it also pointed to man-made nitrous oxide (N2O) — a precursor of an ozone-gobbling gas, nitric oxide (NO) — which is not covered by the Protocol.

N2O emissions mainly result from natural activity by soil bacteria, but around a third come from human activity, such as fertilisers, fossil fuels, livestock manure and industry.

Many CFCs are also greenhouse gases — according to the report, action under the Protocol saved the equivalent about 10 billion tonnes of carbon dioxide annually in 2010.

The problem is that industries have substituted CFCs for hydrofluorocarbons (HFCs), which do not attack the ozone layer but can also be powerful trappers of solar heat.

At present, HFC emissions are the equivalent of about 500 million tonnes per year of carbon dioxide.

But they are rising at a rate of about seven percent per year, and could reach up to 8.8 billion tonnes of CO2-equivalent annually by 2050, close to that of the peak of 9.5 billion tonnes reached by CFCs in the late 1980s.

Safer substitutes that are less effective greenhouse gases do exist. Bringing these into production would “essentially” wipe out HFC’s contribution to climate change, the UN experts said.