Home Sports Ogier Latvala look to seal it for Volkswagen 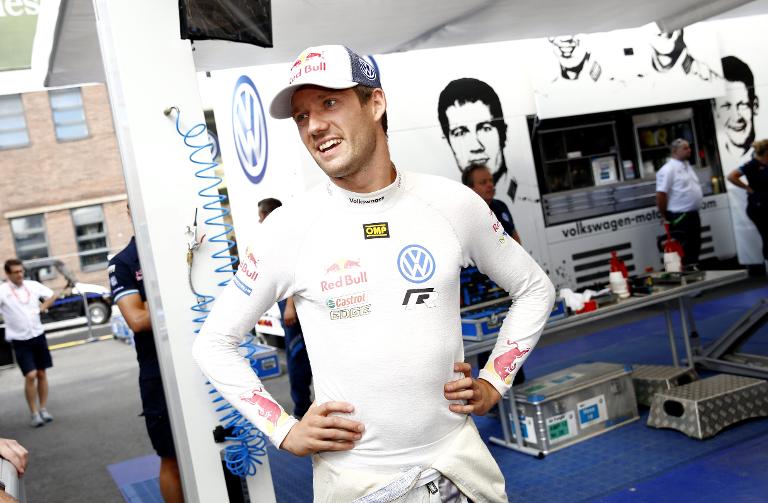 Sebastien Ogier takes a 44-point lead over teammate Jari-Matti Latvala into the World Rally Championship in Australia this week as they look to lock up the manufacturers’ title for Volkswagen.

Defending world champion Ogier and Latvala of Finland both came away without any points after withdrawing from last month’s German Rally on tarmac.

Despite their misfiring, which left Belgian Thierry Neuville as a first-time winner this season, the result ensured that only Ogier and Latvala are capable of winning the drivers’ trophy.

Ogier won last year’s Australian event to end a run of three victories by Finland’s Mikko Hirvonen, and he likes his chances of increasing his series lead on the gravel roads in and around Coffs Harbour on the New South Wales north coast.

“I love the layout of the special stages and always feel good Down Under,” Ogier said ahead of the start on Friday.

“Last year was almost perfect for Julien (co-driver Ingrassia) and me — 19 best times on 22 special stages. Naturally we want to repeat that this year.

“We secured the driversâ€™ title for Volkswagen in Germany, but not the manufacturersâ€™ championship. Thatâ€™s definitely the goal for Australia.â€

Ogier and Latvala, who need only five points between them to clinch the manufacturers’ championship for Volkswagen Motorsport, have dominated this year with the Frenchman winning five events and the Finn three with four races left.

“Switching back from asphalt to gravel is always harder than the other way around, but we had a test in Finland before the rally to get used to the feeling once again,” Latvala said.

“I hope that I can fight for the win. But we also need to keep an eye on the competition outside of our team. I think that Citroen and Hyundai also have a good chance of winning.”

The varying conditions start with Friday’s technical, narrow, winding stages, most of which are on forest roads and under tree cover.

Saturday’s day two stages pass through more open countryside and features sweeping corners, big crests and jumps, while Sunday’s final day is all about extremely fast sections through the rainforest.

The early starters face the task of sweeping the loose material from the surface, benefiting those behind who will have a cleaner and faster line.

Norway’s Andreas Mikkelsen was first through Saturday’s stages last year and said it was like driving on marbles.

There are three races left in the World Rally Championship after Australia — France, Spain and Britain — with a maximum 100 points.