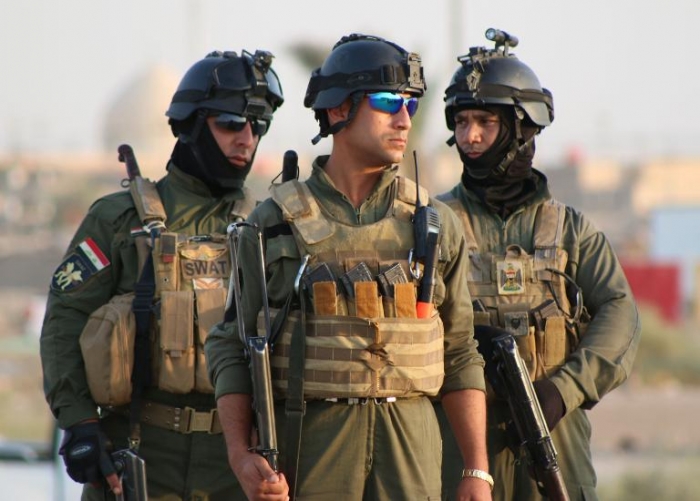 This is a breakdown of current military operations and what a larger effort might entail:

Bombing IS jihadists in Syria represents the biggest gamble in Obama’s war plan. With no viable moderate rebel forces on the ground capable of taking advantage of US air power, the strikes are likely to be more limited than those carried out in neighboring Iraq.

Any air raids in Syria would probably focus on IS-controlled territory in eastern Syria, experts and former officials say, possibly resembling drone strikes carried out under Obama’s watch against Al-Qaeda operatives in Pakistan, Yemen and Somalia.

It remains unclear if Obama will rely solely on unmanned drones or risk sending in manned fighter jets and bombers, exposing pilots to the danger of being shot down or crash landing in territory controlled by the jihadists or by President Bashar al-Assad’s regime.

Bombing targets in Syria would also require better intelligence on the militants there, a challenge for Washington, which has struggled to gain an accurate picture of events on the ground.

The US air campaign launched on August 8 in Iraq has been limited so far, with less than a dozen strikes a day on average, compared to previous conflicts that saw hundreds of US air raids a day.

But after Obama’s speech the pace of strikes is expected to pick up, and some European allies are ready to join in. France said it was prepared to take part and Britain could be next.

The number of sorties by US and allied aircraft and the list of possible targets will likely expand to pile pressure on the jihadists, whose momentum in Iraq has been stalled by the strikes.

The wider air operation will require Washington to secure access to more runways in the region — always a delicate issue for governments in the Middle East.

Over the past month, US aircraft have reportedly relied on al-Dhafra Air Base in the United Arab Emirates, Ali al-Salem Air Base in Kuwait and al-Udeid Air Base in Qatar, which is also home to a US air combat command center for the region.

It remains unclear if Turkey will be ready to allow the Americans to fly combat missions out of its base in Incirlik.

US fighter jets bombing IS targets have also been flying off an aircraft carrier, the USS George H.W. Bush.

Along with air power, the Obama administration hopes to build up local forces on the ground that can ultimately roll back the jihadists.

The Americans already have nearly 300 military “advisers” in Iraq to help local security forces regroup after their devastating losses to the militants.

More training and weapons are expected to flow to Iraqi government and Kurdish peshmerga forces, from the United States and other governments.

In Syria, training and arming moderate rebel forces will also be a priority but officials acknowledge it could take years for that effort to bear fruit, given the myriad of groups on the ground and the multi-faceted civil war there.

Moderate opposition forces have suffered heavy losses against the Assad regime as well as the IS extremists.

“If you are going to expand this air campaign in Iraq, the likelihood is you are going to see some small number of additional troops brought in to help do the spotting and marking of those targets,” said David Barno, a fellow at the Center for a New American Security think tank and a retired US Army lieutenant general.

Other conventional troops could be needed to help provide logistical or other support, either in Iraq or at bases in the region. There are currently about 35,000 US troops stationed around the Middle East.