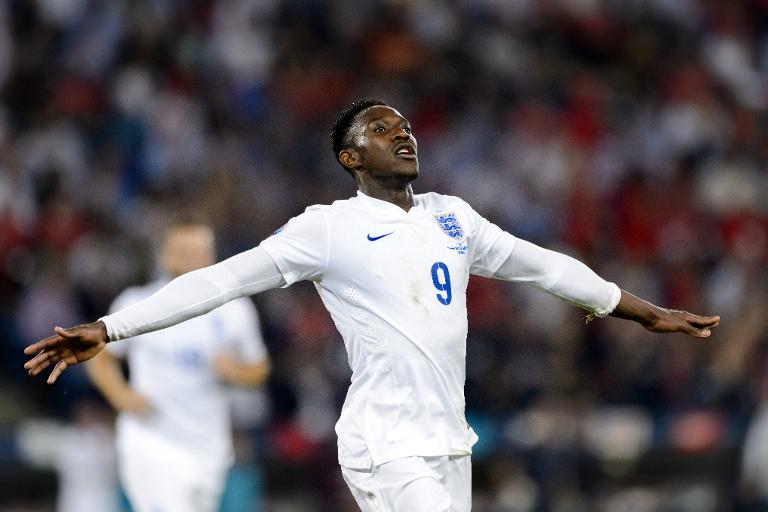 Welbeck joined Arsenal from United on transfer deadline day in a Â£16 million ($26.6 million, 20.2 million euros) deal and is in line to make his debut for his new club against Manchester City on Saturday.

“After all the prices I’ve seen paid this summer, and obviously I’ve been working with him the last week, I’m thinking how is it just Â£16 million?

“It really does feel strange that it’s a centre-forward and actually it’s helped out a competitor, someone who will be vying for those third and fourth places with United this season.”

Figures associated with United have expressed dismay over the club’s decision to sell a young home-grown player such as Welbeck, with former assistant manager Mike Phelan claiming their identity had been “broken”.

But current assistant manager Ryan Giggs has insisted that United will never betray their commitment to giving young players a chance.

“The club will never change,” he said at the Soccerex conference in Manchester. “The history of the club is to play exciting football, always give youngsters a chance, keep to the traditions of the club.

“OK, Danny has left, which is obviously disappointing, because you never want to see a home-grown player leave, but this is a manager (Louis van Gaal) who gave (Clarence) Seedorf his chance, (Patrick) Kluivert his chance, (Andres) Iniesta his chance, Xavi, Thomas Muller. He has got a track record of giving young players a chance.”

Arsenal manager Arsene Wenger said on Thursday that Welbeck’s versatility made him a good fit for his new club.

“Danny Welbeck is an ideal signing for us because he can play through the middle, where I think is his best position, but as well on the flanks,” the Frenchman told his weekly press conference.

“His qualities are his team attitude and his pace. As well, as you could see with England, his goalscoring.”

With French striker Olivier Giroud sidelined by a broken tibia, Welbeck appears set to be given an extended opportunity to play in the central attacking role that he prefers.

The 23-year-old scored twice as England beat Switzerland 2-0 in their opening 2016 European Championship qualifying match on Monday and he believes the performance proved he can thrive at centre-forward.

“It is well known I prefer to play through the middle, so when I get my opportunity, I just want to show what I can do,” Welbeck said, in comments reported in the British media on Thursday.

“Once I get into the box and get the opportunities, I have got faith in my ability. Before I wasn’t getting into the box because I wasn’t playing too much as a striker and I had to worry about my defensive work.”

Wenger refused to confirm whether Welbeck will be handed his full debut in Saturday’s Premier League showdown with champions City, saying only that it was a “possibility”.

He also revealed that midfielder Aaron Ramsey had “a little chance” of playing after twisting his ankle while playing for Wales in their 1-0 win over Andorra on Tuesday.

“He had an ankle sprain. It is a minor one, that is for sure,” Wenger said.

“I am relieved because I had been haunted in my head by last year’s injury that was much more serious than expected. At the start it was a little muscular injury and then it was three months.”