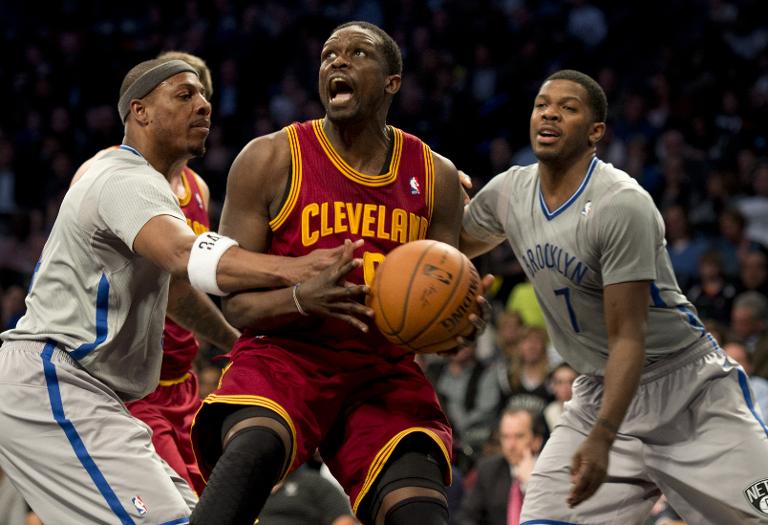 Silver told the newspaper Wednesday that Ferry’s prior respectable record and the fact he was reading comments made by others on a conference call last June factor into his opinion.

Ferry was reading a report on African-born British NBA standout Luol Deng as the team was analyzing potential free agents to sign.

Ferry said Deng “has a little African in him. Not in a bad way, but he’s like a guy who would have a nice store out front but sell you counterfeit stuff out of the back.”

Hawks chief executive Steve Koonin said he has punished Ferry, without revealing what form the discipline took, but that he does not plan to fire Ferry. In an apology on Tuesday for his comments, Ferry said he was looking to move forward with the Hawks.

Silver’s support, given while in Spain for the Basketball World Cup, could be a major step toward making that possible.

“The discipline of a team employee is typically determined by the team,” Silver said.

While calling Ferry’s remarks “clearly inappropriate and unacceptable”, Silver also said that, “In my view, those comments, taken alone, do not merit his losing his job.”

“It’s a question of context … These words, in this context, understanding the full story here, the existence of the scouting report, the fact that he was looking at the scouting report as a reference when he was making these remarks, what I’m saying is — and frankly my opinion — is that this is a team decision in terms of what the appropriate discipline is for their employee.

“But if I’m being asked my view, I’m saying that, based on what I know about the circumstances, I don’t think it’s a terminable offense.”

The first major controversy of Silver’s tenure as commissioner, which began in February, came when racist remarks by Los Angeles Clippers owner Donald Sterling were made public in April.

Silver acted quickly and imposed a life ban upon Sterling as well as starting the process to force a sale of the team, the first steps in a journey that led to former Microsoft chief executive Steve Balmer buying the Clippers for a record $2 billion.

Gearon, who called Ferry’s remarks worse than those of Sterling, wanted Ferry fired in June or forced to resign but neither happened.

Gearon’s complaints did spark an internal probe of racism within the Hawks organization that uncovered a 2012 e-mail from majority owner Bruce Levenson in which he made racist remarks.

That prompted Levenson to disclose Sunday that he was putting the Hawks up for sale and the NBA would handle the bidding, Levenson not wishing a repeat of the drama that surrounded Sterling and the Clippers’ sale earlier this year.