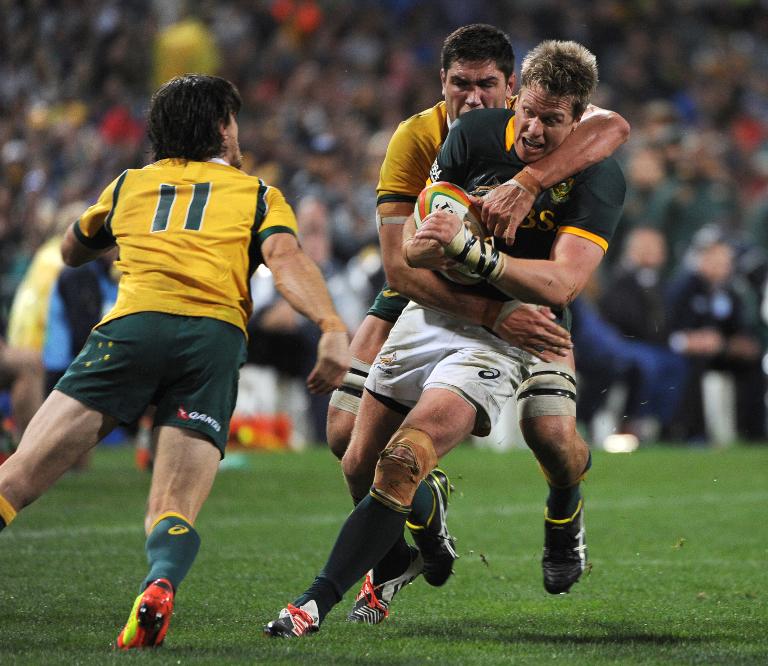 Springbok captain Jean de Villiers has mixed emotions heading into his 100th Test on Saturday — honoured to be a centurion but not sure he wants to reach the milestone against New Zealand.

The popular de Villiers will become only the fifth South African to play 100 Tests when he leads the side against the All Blacks in their top of the table Rugby Championship Test.

But the 33-year-old said he does not want the record to distract from the tough task his team faces.

“It’s a huge honour and I’m very humbled by all the support I’ve received,” he said Thursday ahead of starting his 85th appearance in the Springbok midfield after also making 15 appearances as a wing.

“But I can honestly say that I almost would’ve preferred if this was only a regular Test. We’ve got a massive challenge this weekend and the belief is there that we can win. We’ve got to put that into action on Saturday.”

De Villiers, who will be captain for the 28th time, has won praise not only from the Springboks but also the All Blacks.

“There’s not many I respect more in terms of how good a player he is, but also off the field he was probably the first player I really struck up a relationship with” said 79-Test All Blacks centre Conrad Smith.

“After games he was always quick to come and have a word with me right from the start.”

“It’s a marvellous achievement, especially when you see the way he started his career … He’s shown a lot of character and that’s the character they have throughout their team,” he said.

De Villiers was seriously injured after only seven minutes of his first Test — which cost him a place in the 2003 World Cup — and it was 18 months before he played his second international.

“At one stage I honestly didn’t know when, or if, I would play in my second Test for the Springboks,” he said.

“My luck with injuries changed over the years and I almost can’t believe that I’m now on the cusp of 100 Tests for the Springboks.”

“When the big names in South African rugby are mentioned, Jean will forever be among them,” Meyer said.

“Jean is also a true ambassador for South Africa. To see how he is respected all over the world, is truly humbling and our fellow countrymen can be proud of him.”

Two of South Africa’s other centurions, Victor Matfield (114 Tests) and Bryan Habana, who reached the milestone last weekend against Australia, will also be playing Saturday.