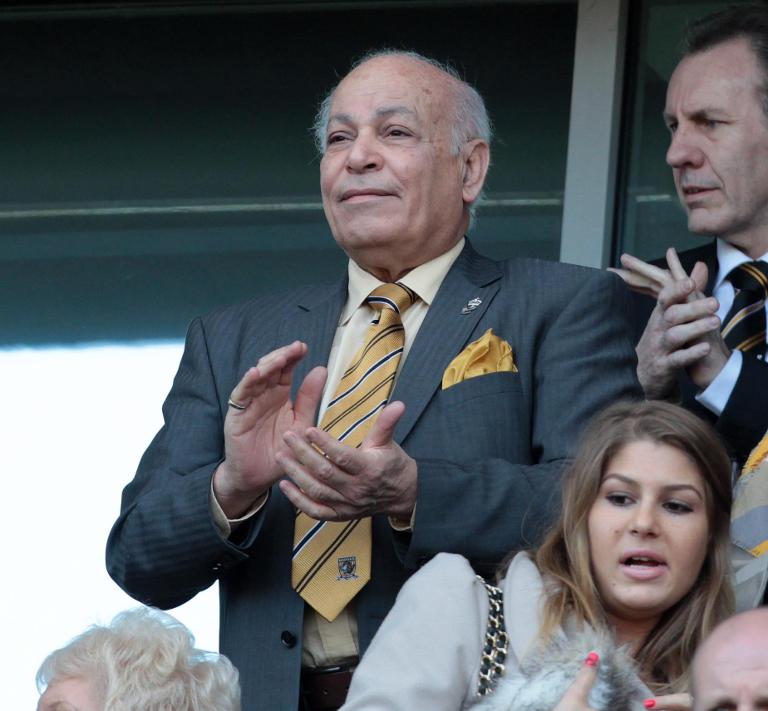 Hull City owner Assem Allam revealed on Thursday that he put the club up for sale in April after the Football Association rebuffed his bid to change their name.

Allam, a 75-year-old Egypt-born British businessman, wants to rename the club ‘Hull Tigers’, but the FA Council rejected the proposal earlier this year on the recommendation of its membership committee.

“Lately there have been a lot of rumours and that is not a good thing so I decided it was better to have a face-to-face conference and clear the air,” Allam told a press conference at the KC Stadium.

“We stated earlier this year that the club would be for sale should our attempt to globally promote Hull Tigers as a brand name and as a playing name be blocked.

“As a consequence of the FA decision on April 9, I announced on April 10 — within 22 hours — that Hull City is for sale.”

Allam, who took charge of the club in December 2010, also revealed that he has appealed against the FA’s decision at the Court of Arbitration for Sport.

Allam’s commitment to changing Hull’s name has put him in opposition with some of the club’s fans, who formed a group called City Till We Die in order to oppose his proposals.

He has complained that the word ‘City’ is “lousy” and “common” and argued that rebranding the club as Hull Tigers will make them more marketable.