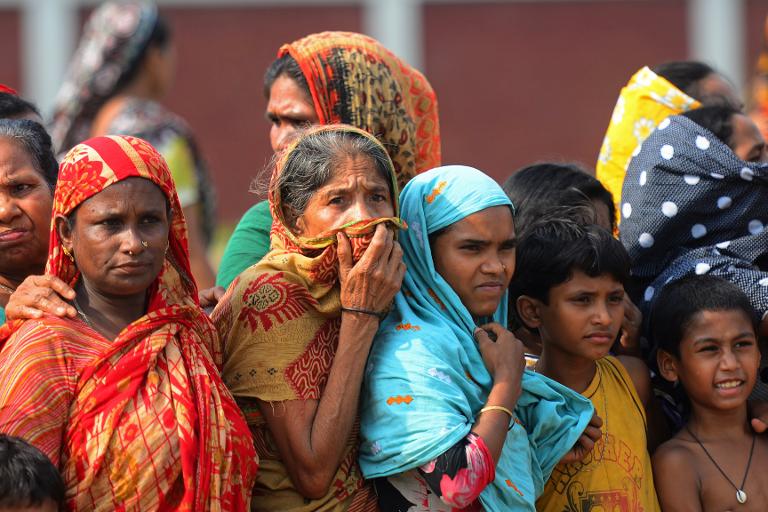 More than 200 garment factories have shut down in Bangladesh since the country’s worst industrial disaster prompted a massive clean-up of the world’s second-largest textile sector, an industry group said Thursday.

The closures have cost tens of thousands of jobs and led to a fall in exports, raising worries about the $24.5 billion industry — the key economic mainstay for the impoverished nation of 155 million people.

The Bangladesh Garment Manufacturers and Exporters Association (BGMEA), which represents 4,500 factories and compiled the figures, said the industry was going through a painful transition since the Rana Plaza collapsed in April 2013, killing 1,138 people.

“According to our tally, 218 garment factories have been closed since the Rana Plaza tragedy,” BGMEA vice president Shahidullah Azim told AFP.

“Most of these plants are small and medium-sized, employing between 300 and 800 workers. Twenty-one of them were closed at the recommendations of two groups of Western retailers. Others were shut down on their own,” he added.

Divided into two groups called the Accord and the Alliance, nearly 200 European and American brands such as Walmart and H&M have launched massive clean-ups of their Bangladeshi supplier factories after they came under heavy flak from Western consumers.

The Accord has already inspected nearly 1,100 factories and the Alliance another 600. On their orders, hundreds of factories were forced to undergo safety upgrades including retrofitting structures and replacing shoddy electric wiring.

Azim said the closures mainly hit smaller factories, which were set up in shared buildings, and sub-contracting plants, as Western retailers cut orders for them in an effort to prevent further disasters.

Political instability stemming from a disputed general election in January, a 76 percent wage hike late last year and structural concerns over many factory buildings also prompted some manufacturers to draw shutters on their plants.

“Some owners closed down their plants as they were convinced that retrofitting won’t fix their problems,” Azim said.

He said overseas sales had been hit, with the shipment of woven garments — the biggest component in Bangladesh’s export basket — falling 1.6 percent in the first two months of the fiscal year beginning in July.

However, Khandaker Moazzem Hossain of the Centre for Policy Dialogue, a local think tank, cast doubt on the BGMEA’s factory closure figures, saying many of those listed were actually shut before the Rana Plaza disaster.

He told AFP the shipments may have been hit by reduced demand in major markets such as Germany and the United States, rather than supply constraints.