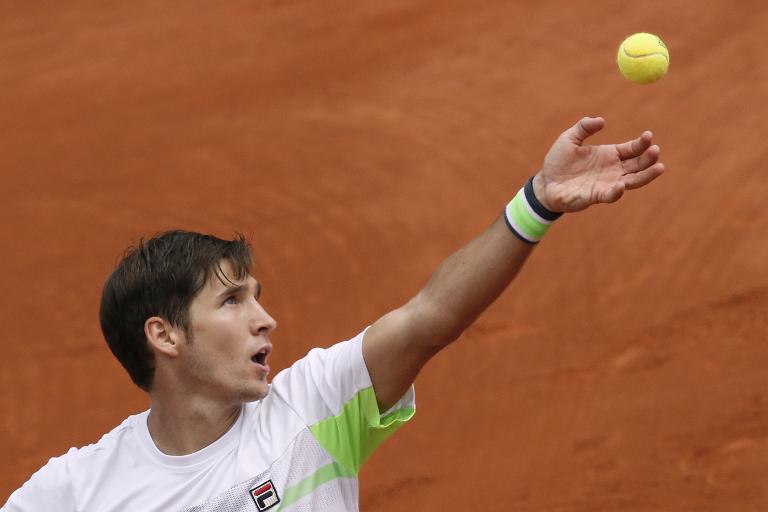 Djokovic pulled out of the weekend’s action in the southern city of Bangalore citing fatigue and family reasons after being stunned by Japan’s Kei Nishikori in the US Open semi-final last week.

India’s non-playing captain Anand Amritraj said Djokovic’s absence will benefit the home team, but warned a return to the elite 16-nation World Group after two years in the zonal competition will not be easy.

“The Serbs have a strong side and it will be important to take a point on the opening day,” said Amritraj. “Hopefully, the pressure will get to them in front of our crowds.”

Serbia were relegated to the play-offs for the first time since 2007 when, playing without Djokovic, they lost to Roger Federer’s Switzerland in the first round in February.

The 2010 champions are also without the injured duo of Janko Tipsarevic and Viktor Troicki, but coach Bogdan Obradovic said he was ready for the challenge on the hardcourts of Bangalore.

“We have worked hard here for the past week and got used to the conditions,” Obradovic said. “Any side is tough to beat at home, and India are no exception, but we will do well.”

Serbia will be led in Djokovic’s absence by 61st-ranked Dusan Lajovic, aged 24, with number 107 Filip Krajinovic playing the second singles.

Bhambri takes on Lajovic in Friday’s opener, followed by the match between Devvarman and Krajinovic.

In the doubles on Saturday, India’s 41-year-old veteran Leander Paes will partner Rohan Bopanna against Ninad Zimonjic and Ilija Bozoljac.

The Serbian duo stunned the formidable Bryan brothers of the United States in the Davis Cup last year.