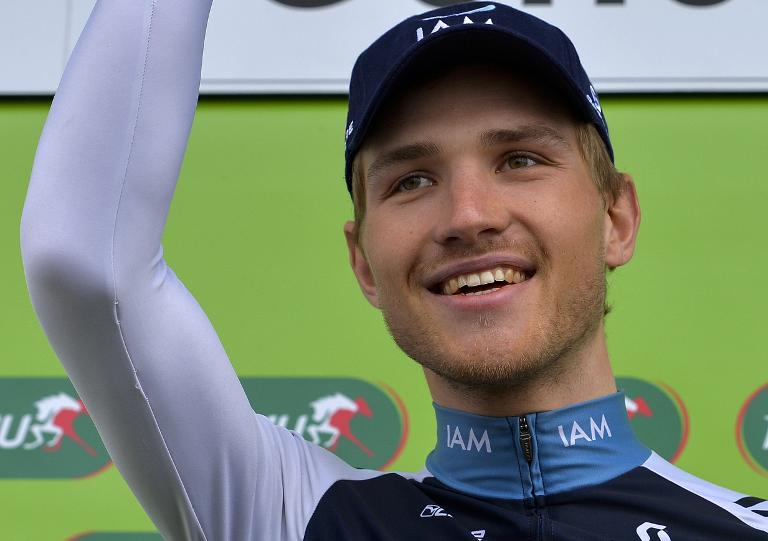 Austria’s Matthias Brandle won stage five of the Tour of Britain on Thursday, but overall leader Michal Kwiatkowski maintained his grip on the yellow jersey.

Brandle of IAM Cycling held his nerve to emerge victorious from a four-man breakaway alongside MTN-Qhubeka’s Andreas Stauff, Belkin’s Maarten Wynants and Shane Archbold of An Post-Chainreaction.

The decisive moment of the 177.3-kilometre route from Exmouth came on the drag into Exeter up Stoke Hill, with Brandle turning on the power to win by eight seconds from second-placed Archbold, who beat Wynants in a two-up sprint, while Bardiani CSF’s Sonny Colbrelli led the peloton in 14secs behind in fourth.

Wiggins remained sixth overall, 27secs behind Kwiatkowski, ahead of Friday’s sixth stage, the 205.6km from Bath to Hemel Hempstead.

The day’s racing included an ascent of Haytor on Dartmoor, but it was the last moments that provided the most drama.

Garmin-Sharp initially led the pursuit on the run-in into Exeter, before the other teams with overall contenders shared the workload and set the stage for Brandle’s charge to the finish line.