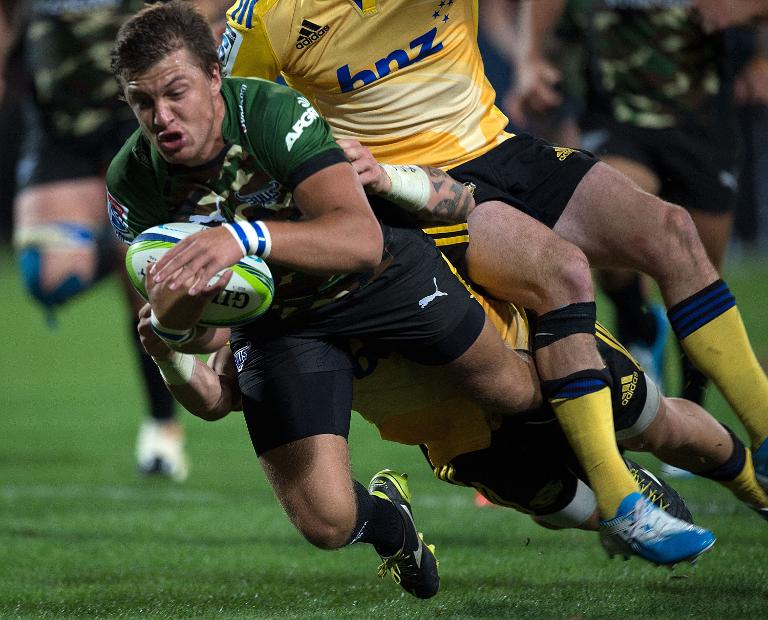 South Africa will field fledgling international fly-half Handre Pollard against New Zealand in the only change to their line-up for Saturday’s Rugby Championship clash.

Pollard, with only three Tests under his belt, has been thrust into the crucial game-maker role ahead of the veteran Morne Steyn who was omitted from the squad.

Coach Heyneke Meyer admitted the move would surprise some Springbok fans but said he wanted to blood Pollard in a high-pressure game ahead of next year’s Rugby World Cup, predicting the 20-year-old could be “a big force” at the tournament.

He also said Pollard’s selection was unconventional and might wrong-foot the All Blacks, a team he described as the pace-setters of world rugby.

“It is a big call but if we don’t do it now we’re never going to know what he can do and I think this is the right game to do it,” Meyer told reporters.

Meyer praised Steyn, 30, who has scored more points (31) than any other South African against the All Blacks, as “a great kicking fly-half” but said Pollard’s inclusion was about adding depth to the squad.

Steyn’s omission was the only change in the side that was beaten narrowly 24-23 by Australia last week.

“Itâ€™s also good for continuity to have an almost unchanged side. We know where we made mistakes last weekend and the players now have an opportunity to rectify those against the toughest opponent in world rugby,” Meyer said.

The coach sidestepped questions about a South African Rugby Union plan to increase the number of non-white players in the Springboks so that they comprise 50 percent of the team by the 2019 season.

“I’m just here to coach. I’m just here to serve my country and do the best for the Springboks,” he said, adding “I’ve got enough worries of my own” trying to defeat the All Blacks on Saturday.

Meyer was more verbose in his praise of Springbok captain Jean de Villiers, who will on Saturday become the fifth South African to play 100 Tests.

“When the big names in South African rugby are mentioned, Jean will forever be among them,” Meyer said.

“Jean is not only an extremely good rugby player, but heâ€™s also one of the greatest captains Iâ€™ve ever worked with.

“Jean is also a true ambassador for South Africa. To see how he is respected all over the world, is truly humbling and our fellow countrymen can be proud of him.”

Two of South Africa’s other centurions, Victor Matfield (114 Tests) and Bryan Habana, who reached the milestone last weekend against Australia in Perth, will also be playing Saturday.

South Africa and New Zealand have played each other 87 times since 1921, with the Springboks winning 34, losing 50 and three were drawn.