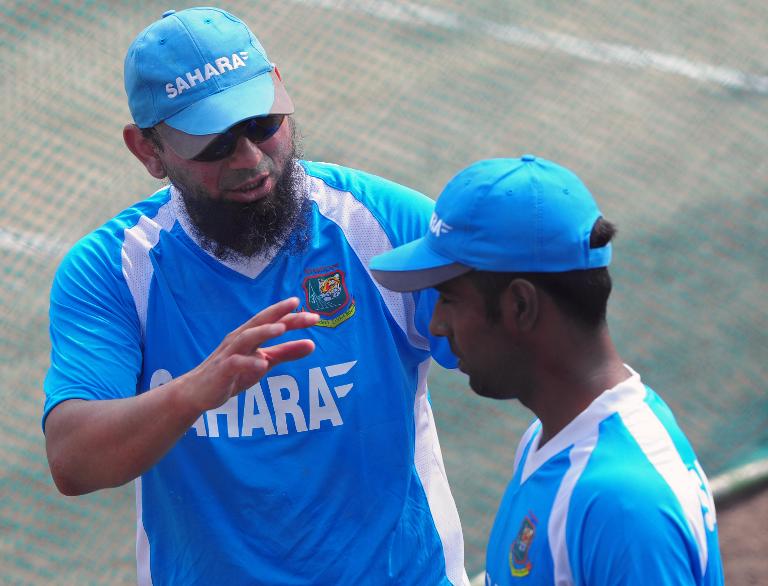 Saqlain, 37, invented the “doosra”, a delivery which turns away from the batsman as opposed to conventional off-spin.

It is widely believed that bowlers who bowl the doosra bend their arm more than the allowed 15 degree, though Saqlain himself was not accused of chucking during his career.

“We are in contact with Saqlain and are in the process of negotiating the contract with him to help Ajmal on his action,” said a Pakistan Cricket Board (PCB) spokesman.

Saqlain, who took 208 Test and 288 one-day wickets in an illustrious career that included a long stint at Surrey, confirmed he would help.

“Yes, I am ready to help and I am in contact to work out modalities of my travel to Pakistan,” Saqlain told AFP from London.

The International Cricket Council (ICC) Tuesday said Ajmal would be suspended from international cricket after a biomechanical analysis of his action in Brisbane found his bowling arm flex was more than the 15 degrees allowed.

His action was reported during Galle last month’s Test against Sri Lanka.

The PCB initially said it would appeal against the suspension but later changed its stance and asked its committee on illegal bowling action to assess the report.

The committee has recommended that Saqlain must be requested to help Ajmal.

As per ICC rules Ajmal will remain suspended until remedial work on his action after which he can apply for a reassessment.

But if reported again within two years, Ajmal would be banned for a year.

Ajmal’s suspension has dented Pakistan’s hopes for next month’s limited overs and Test series against Australia in the United Arab Emirates next month and more importantly in next year’s World Cup.

The PCB meanwhile has stopped Ajmal from speaking to the media.

“I shall wait for the outcome of deliberations and verdict of Pakistan Cricket Board’s Illegal Bowling Action Committee and until that process is complete, I shall not be making any further comments on the subject,” Ajmal was quoted in a PCB release as saying.