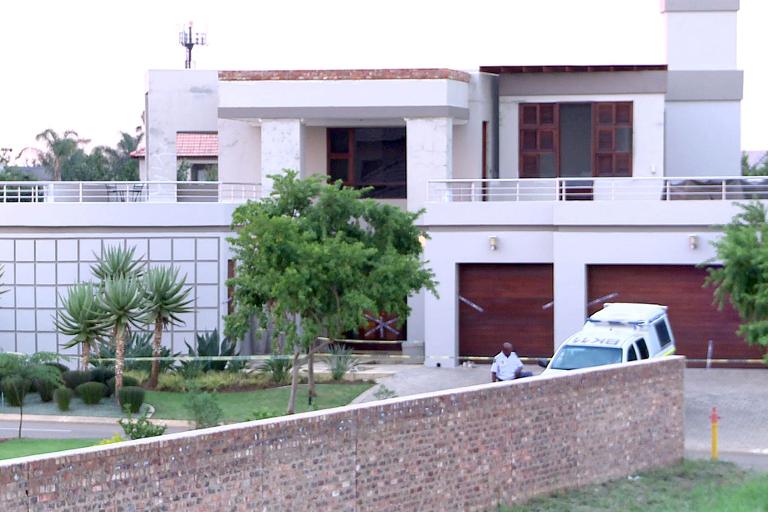 Where others might see a house of horror, Louwtjie Louwrens — the man who bought Oscar Pistorius’s home — thinks he got the deal of a lifetime and a secure residence, even if his wife isn’t so sure.

Louwrens bought the Paralympic Gold medallist’s villa where Reeva Steenkamp was shot dead in the bathroom for a bargain $420,000 (4.5 million rand).

In 2011 Pistorius had tried to sell the house, tucked away in a prestigious gated community in the capital Pretoria, for nearly double that amount.

“I would say at the end of the day it will be a good buy,” Louwrens told AFP. “I’m sure the property value will increase going forward.”

Despite the bargain price, his idea to purchase the property met resistance from his family, who balked at the idea of living at the now world famous scene of Steenkamp’s alleged murder at the hands of Pistorius.

“For starters my wife wasn’t that happy,” Louwrens said.

Pistorius admits having shot and killed his girlfriend Steenkamp in the house on February 14, 2013, but says he mistook her for an intruder.

His trial on charges of premeditated murder began in March this year and will climax Thursday when Judge Thokozile Masipa begins her verdict.

The 27-year-old star sprinter, who is free on bail, has not lived in the house since the killing.

Louwrens, a mining consultant, said the house caught his attention when he was watching the Pistorius trial on his television.

Since then it has been cleaned and Louwrens said his wife was warming up to the move, which will take place in a couple of years when he retires.

“Now that they’ve started working, I could sense that she’s feeling a bit better about the place,” he said.

Ironically, Louwrens, a resident of Boksburg, a city an hour’s drive outside Johannesburg, said he bought the Pistorius house in the pursuit of safety.

South Africa is plagued by sky-high rates of crime, including hijackings and burglaries.

“I’ve been around there, you see the kids playing in the streets, some of the people mentioned to me that when they go out they don’t even lock,” he said, adding “you know my family is very important to me.”

Silver Woods Estate is “enclosed with a solid, electrified security wall” and regards safety as a “high priority,” according to the developers.

“I remember the day that we came to look at stands (plots), I wanted to just come in here and look at the estate, they just flatly refused to let me in,” said Tracy, a 38-year-old woman who lives on Pistorius’s former street.

“I said ‘geez I just want to have a drive,’ they were friendly about it, but they refused,” said Tracy, who declined to give her last name.

Tracy said she bought her house in the estate because it offered such exceptional security services.

“Everyone has an opinion,” said Tracy, “but I don’t feel scared.”

Khalil Goga, a researcher at the Institute for Security Studies, an independent policy think tank in South Africa, said that South Africans continue to shield themselves behind walls and fences even as their safety improves.

“In terms of crime, we’ve seen a reduction over the years since the highs in the early 2000’s,” said Goga.

He added that gated communities like the one Pistorius lived in are the choice for people with the means.

Still, the situation is not ideal, said Goga.

“If your neighbour can see your yard and it’s well lit, and people are walking on the streets, it’s actually a safer neighbourhood than in one that you can’t see behind the walls.”