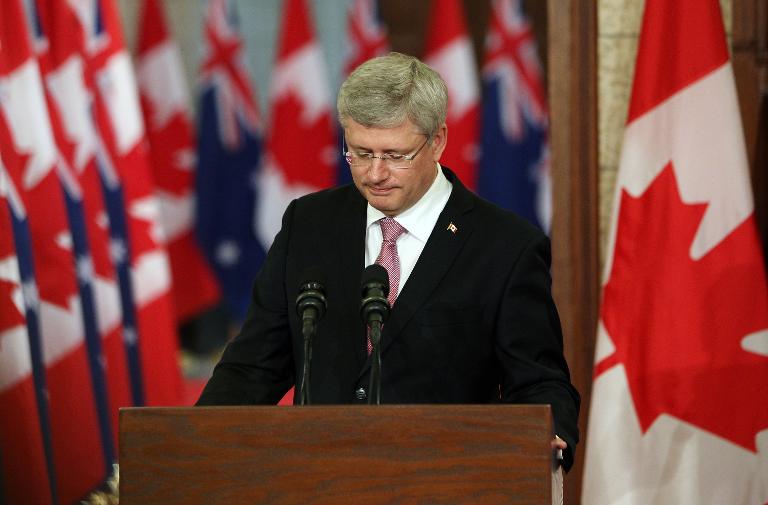 Canada has located the remains of one of two British explorer ships lost in the Arctic in 1846, Prime Minister Stephen Harper announced Tuesday, hailing the find as historic.

The search for the ill-fated HMS Erebus and HMS Terror, headed by British explorer Sir John Franklin, involved six major expeditions since 2008 that scoured the seabed in the far-flung and frigid region.

Finally, on Sunday, a remotely operated underwater vehicle confirmed the discovery, Harper said in a statement.

“This is truly a historic moment for Canada,” Harper said. “Franklin’s ships are an important part of Canadian history given that his expeditions, which took place nearly 200 years ago, laid the foundations of Canada’s Arctic sovereignty.”

While enough information exists to confirm the authenticity of the find, it remains unclear which of the two doomed ships was actually detected.

Harper — saying one of Canada’s “greatest mysteries” has been solved — was optimistic that the second ship will now also be uncovered.

“Finding the first vessel will no doubt provide the momentum — or wind in our sails — necessary to locate its sister ship and find out even more about what happened to the Franklin Expedition’s crew.”

At the time, the HMS Erebus and HMS Terror were the jewels of the British Navy.

Under the command of Franklin and Captain Francis Crozier, the two vessels, with a combined crew of 134, left the shores of England on May 19, 1845, to discover the Northwest Passage that links the Atlantic and Pacific Oceans.

The last Europeans to have contact with the ships were crew members of two whaling boats that passed them in Baffin Bay in August 1845.

But as the explorers pushed into the Arctic archipelago, they soon ran into problems. And no one, aside from the occasional indigenous Inuit, ever saw them again alive.

The circumstances surrounding the fate of the Franklin Expedition didn’t become clearer until 1859, when a vessel chartered by Franklin’s widow, Lady Jane Franklin, came across a somber message on King William Island.

It turns out the sailors became trapped in ice for a year and half, and eventually ran out of supplies.

The message revealed that Franklin and 23 crew members died on June 11, 1847, in unspecified circumstances.

On April 22, 1848, 105 survivors left the ships in an attempt to reach solid ground on foot, but none of them survived.

In the 1980s, Canadian researchers said the remains of expedition members found on Beechey Island indicated they had died of cold, hunger and lead poisoning from canned food.

The two vessels were ultimately engulfed by ice.

The wreck was found in Victoria Strait off King William Island, not far from the Inuit village of Cambridge Bay.