Home World Arabs rally behind US efforts for anti-jihadist coalition 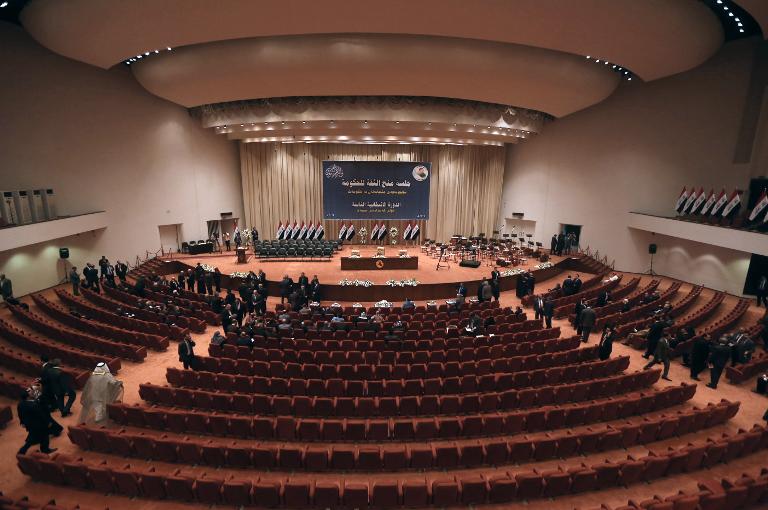 Arab nations rallied Tuesday behind US efforts to form a broad coalition against jihadists in Iraq and Syria as Secretary of State John Kerry headed to the region to cement their support.

Regional heavyweight Saudi Arabia is to host talks Thursday between Kerry and ministers from 10 Arab states and Turkey on joint action against the Islamic State group.

The moves came as Britain announced it was shipping $2.6 million (two million euros) worth of weapons to Kurdish forces fighting the jihadists in Iraq.

Kerry’s expected arrival in the region Wednesday comes with Washington buoyed by the formation of a new government in Baghdad.

It will coincide with a keenly awaited speech by President Barack Obama in which he has vowed to set out a strategy to defeat the jihadists whose wave of atrocities has shocked the world.

Iraq’s campaign to claw back the territory it lost in the Sunni Arab heartland north and west of Baghdad in June, and US efforts to engage Sunni governments in the fightback, have been complicated by regional sectarian politics.

Saudi Arabia and the five other Gulf Arab states had deeply strained relations with the Shiite-led government in Baghdad, with each side blaming the other for the jihadists’ advance.

But their foreign ministers will be among those attending Thursday’s talks in the Saudi city of Jeddah, along with top diplomats from Egypt, Jordan, Lebanon, Turkey and Iraq itself.

They will address “terrorism in the region, extremist organisations behind it and means of fighting them,” Saudi state media said.

The Arab League, which has stopped short of explicitly backing ongoing US air strikes against IS, also drummed up regional support for the fight.

Ahead of his visit, Kerry vowed to build “the broadest possible coalition of partners around the globe to confront, degrade and ultimately defeat (IS).

“Almost every single country has a role to play in eliminating the (IS) threat and the evil that it represents,” he said.

Notably absent from Jeddah will be the Syrian government — facing a three-and-a-half-year uprising backed by many of the participants — and its regional ally Iran.

IS has taken advantage of the conflict to seize a big chunk of northeastern Syria in fighting with government forces, rival rebel groups and Kurdish militia.

Damascus views itself as a bulwark against the jihadists, but Washington has ruled out any cooperation for fear of alienating Syria’s Sunni majority, who largely support the uprising.

Washington launched air strikes against jihadists in Iraq on August 8.

Obama has so far held back from authorising strikes on IS in Syria but has promised a comprehensive strategy against the group on both sides of the border in a speech to the American people Wednesday.

An opinion poll published Tuesday suggested Americans are hawkish toward the jihadists, with nine out of 10 saying IS is a serious threat.

And not only do nearly three-quarters favour the ongoing air strikes on the group in Iraq, but 65 percent would approve extending those operations into Syria.

The Pentagon said Tuesday that more strikes had been carried out over the previous two days near western Iraq’s massive Haditha dam as part of operations to defend it from IS forces.

After months of wrangling, Iraq’s new Prime Minister Haidar al-Abadi finally formed a government Monday that Washington said had “the potential to unite all of Iraq’s diverse communities”.

Kerry described the new government as a “major milestone” in efforts to woo the Sunni Arab minority away from IS after the divisive rule of Abadi’s predecessor, Nuri al-Maliki.

Shiite Iran — alongside the United States, the key outside power in Iraq — said it hoped the change of government in Baghdad would help turn the tide against IS.

“I hope that during your new mandate, complete calm will return to your country,” President Hassan Rouhani said.

In reality, the new government does not constitute quite the sea-change hailed by Washington. It remains dominated by Iraq’s Shiite Arab majority, the Kurds hold fewer ministries than before and the Sunni Arabs relatively minor ones.

The divisive Maliki becomes one of three vice presidents, alongside a Sunni Arab, former parliament speaker Osama al-Nujaifi, and a secular Shiite and ex-premier Iyad Allawi.

Abadi also put off filling the key interior and defence portfolios, promising to name the two ministers who will take charge of the fightback against the jihadists within the next week.

The commander of one of the Shiite militias that have played a growing military role alongside the army has sought the interior ministry post.

Any such appointment would risk further alienating the Sunni Arab minority given the Shiite militias’ brutal history in the sectarian bloodshed that gripped Iraq in 2006 to 2008.

In other developments, French President Francois Hollande will visit Iraq on Friday ahead of hosting a conference in Paris on security in the country next Monday, his office said.