Home World What if? Scotlands steps to independence 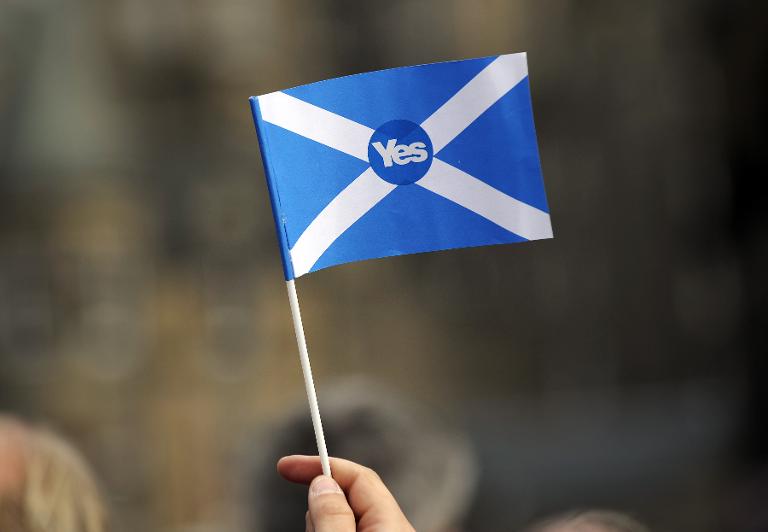 With polls ahead of Scotland’s independence referendum now showing the two sides neck and neck, Britain is starting to consider seriously the implications of a “Yes” victory.

A pro-independence vote would be a worldwide sensation but would change little in the short-term, except perhaps boost calls for the resignation of British Prime Minister David Cameron.

It would, however, sound the starting gun for complex talks between the British and Scottish governments on separating two deeply interlinked economies and political systems after three centuries of shared history, leading to full independence.

The Scottish National Party (SNP) government has already set the date of March 24, 2016 — the 309th anniversary of the Acts of Union between England and Scotland — for a formal division that would cut the United Kingdom’s landmass by a third.

Scotland would be the first independent state created in Europe since the bloody disintegration of Yugoslavia and experts say the spin-off of a smaller state from a larger one is comparable to Singapore from Malaysia in the 1960s.

Much of what happens between a “Yes” vote and 2016 is uncertain, as is the question of whether Scotland could continue to be a member of the European Union as an independent entity, or would it have to start again and re-apply.

The Scottish government has said the first step taken “soon after a vote for independence” would be to seek a formal transfer of powers to the Scottish parliament to establish “the constitutional platform for an independent Scotland”.

It said it would also start pre-independence talks with the EU “to settle the terms of an independent Scotland’s continuing membership” — even though outgoing European Commission chief Jose Manuel Barroso has warned this would be “extremely difficult”.

The date of Britain’s next general election — scheduled for May 2015, when the five-year mandate runs out — could be put back if there is an independence vote as lawmakers from Scotland could only sit in parliament for the relatively short time before full independence.

The consensus among analysts is that the election would not be delayed but that newly-elected Scottish MPs would not be allowed to vote on any laws concerning other parts of the UK alone.

Here are the main practical steps that could lead up to the break away of Scotland:

— Oil and gas: The North Sea offshore fields would likely be divided up geographically and the government in Edinburgh would move quickly to assert control.

Eighty-five percent of known reserves in the area are in what would be Scottish waters and the sector would make up around 15 percent of the new Scotland’s economy.

— Sharing debt, currency: A key economic question will be how to share out Britain’s Â£1.4 trillion (1.8 trillion euros, $2.3 trillion) debt. The Scottish government has said this could be divided on the basis of population share or of Scotland’s historic contribution to Britain’s public finances.

Scotland would continue using the pound in the coming months but what happens after full independence is in doubt as the British government has excluded a currency union.

Bank of England governor Mark Carney made the point again on Tuesday, saying: “A currency union is incompatible with sovereignty” and the uncertainty has dragged the pound down on the markets.

The most likely option currently seems to be that Scotland would use the pound without a formal agreement with Britain or a say in policy — like Panama using the US dollar or Kosovo using the euro.

— A constitution: The Scottish government has also said it wants a convention bringing together businesses, civil society and trade unions to come up with a written constitution along European lines — something that Britain lacks.

It has said this should include a constitutional ban on nuclear weapons being based in Scotland and wants take steps to order out the Trident nuclear submarines currently based at the Faslane naval base near Glasgow by 2020.

— Border: The issue is complex as Scotland’s plan to ease immigration rules might prompt the rest of Britain to set up barriers and checks.

The SNP also says that no passports would be required for visitors from the rest of the UK to Scotland and vice versa — much like the current arrangement with Ireland — although that will depend on whether Scotland is in the EU.

— Keep the monarchy: The SNP has said it wants the new Scotland to be a constitutional monarchy with Queen Elizabeth II as its sovereign — much like Australia or Canada — and has said it would join the Commonwealth.

The queen herself is staying neutral in the debate and can rest assured there would be no change in the status of her beloved summer residence of Balmoral in northeast Scotland, which she owns privately.