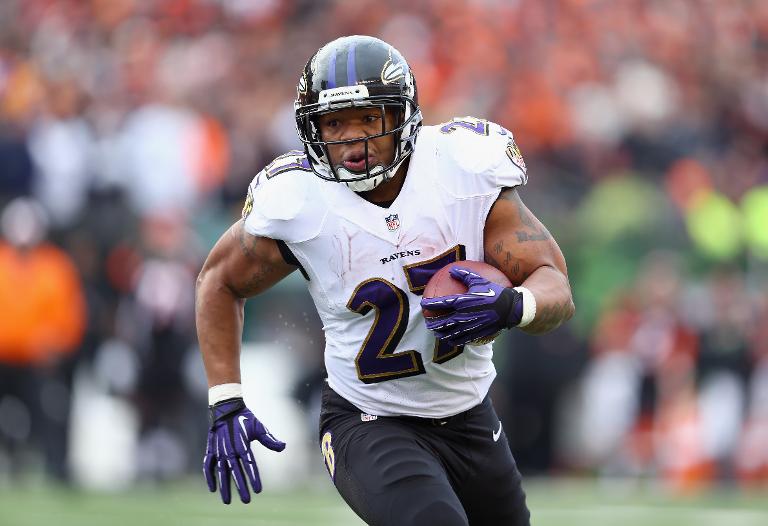 The Baltimore Ravens terminated running back Ray Rice’s contract on Monday after the emergence of new video footage showing him punching and knocking out his fiancee.

Rice and Janay Palmer, who is now his wife, had an altercation in an Atlantic City casino elevator in February and security video initially posted online by TMZ.com showed Rice lifting a motionless Palmer out of the elevator and onto the floor.

Rice later received a two-game suspension for the incident — a ban widely derided as insufficient and which later prompted NFL chiefs to increase penalties for domestic violence.

The outrage increased on Monday, when TMZ.com posted previously unseen video from inside the elevator, showing Rice throwing a left-handed punch at Palmer.

The video shows Rice and Palmer entering the elevator. Inside, she crosses the lift toward him and he reacts with a short left-handed blow to her face that knocks her out.

At the time of the incident, Rice was arrested and charged with domestic violence assault. In May, he began a one-year intervention program that allowed him to avert prosecution and avoid serving jail time.

In the face of sharp criticism, the league has since changed its policy on domestic violence, and first-time offenders are now suspended six games with a lifetime ban after a second such offense.

NFL spokesman Greg Aiello said in a statement Monday that the league did not have prior access to this video.

“We requested from law enforcement any and all information about the incident, including the video from inside the elevator,” Aiello said.

“That video was not made available to us and no one in our office has seen it until today.”