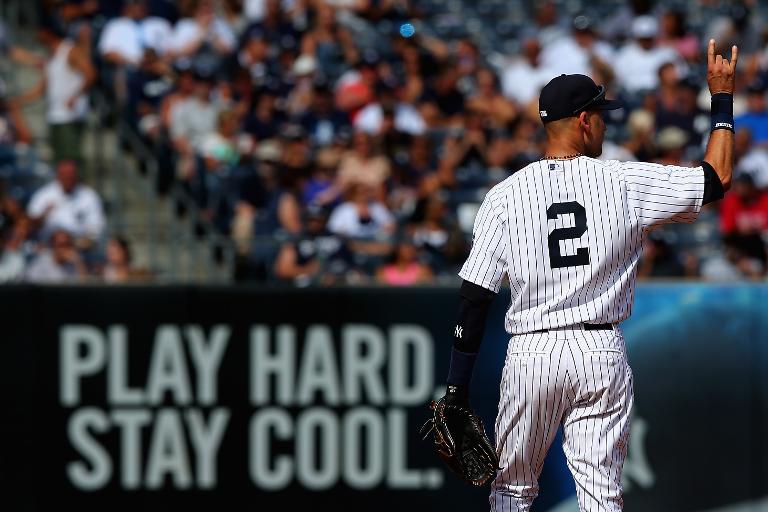 “I’ve had the greatest job in the world,” Jeter said. “I got to be the shortstop of the New York Yankees and there’s only one of those.”

While Jeter’s jersey number 2 was not retired, that move is expected to come soon as the Yankees enter the final three weeks of their season barring a late push into the playoffs.

The Yankees gave Jeter several gifts, including a vacation trip to Italy and a check to his charity foundation for $222,222 from the team owners, the Steinbrenner family, in an homage to Jeter’s jersey number.

“I want to thank the Steinbrenner family for the opportunity to play for the only organization I wanted to play for,” Jeter said.

Jeter, who in February announced his plans to retire after this season, attracted a host of former teammates, family members and special guests, including NBA legend Michael Jordan.

Martinez and O’Neill were honored by the Yankees earlier this year with plaques in the stadium’s Monument Park and Rivera had his number retired last September in a similar ceremony.

Also on hand was former Yankees manager Joe Torre, whose jersey number, 6, was retired by the Yankees last month.

“I want to thank you (fans) for helping me feel like a kid the last 20 years. I’ve loved what I’ve done and loved what I do, so from the bottom of my heart, thank you very much,” Jeter told a sellout crowd.

“I always felt that my job was to try to provide joy and entertainment for you guys, but it can’t compare to what you have brought me.”