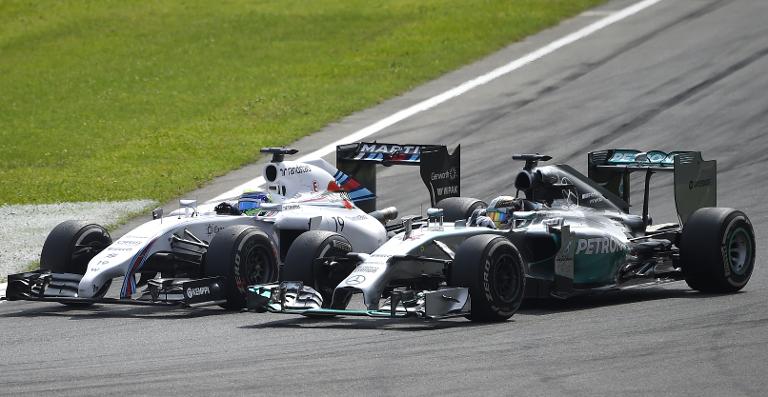 Felipe Massa secured his first podium finish for Williams when he came home third in Sundayâ€™s Italian Grand Prix in front of thousands of Italian fans who always respected him during his days with Ferrari.

It was the 37th of his career and lifted him up to ninth in the driversâ€™ championship.

He remains 66 points adrift though of his team-mate Valtteri Bottas, the other half of a dazzling partnership that has been confirmed for 2015 after lifting Williams back among the front runners this year.

â€œI am very happy for the first podium of the season,â€ Massa said.

“I have not always been lucky, but hopefully luck is now on my side for the rest of the season. Thanks to all the fans too — you are the best!”

The teamâ€™s head of engineering Rob Smedley said: â€œWe got a really good result. We finished where I expected we should have finished. We made it hard for ourselves, but it’s all good.

â€œValtteri did an amazing job. The lad is brilliant â€“ he got the hammer down. The team worked well together and he recovered to fourth.”

Bottas said: â€œI had a lot of wheel-spin. I dropped the first paddle and immediately lost traction and didn’t get it back until I had fifth gear. Our start was also compromised by Hamilton, who had a very bad start.

â€œI enjoyed it. I would have preferred to have challenged for the race with the Mercedes, but it’s good that we got good points from both cars.

“As a team, we are not yet at our peak and I feel that next year will be better than this year.”