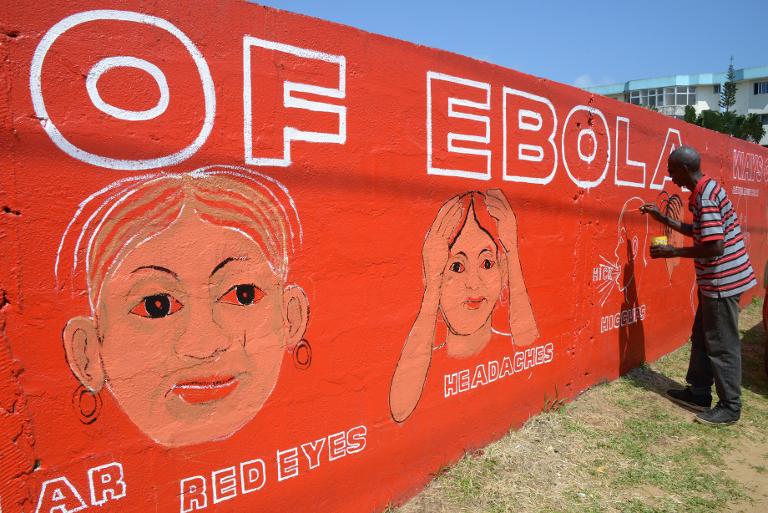 “Many thousands of new cases are expected in Liberia over the coming three weeks,” the UN health agency said in a statement.

The death toll from the deadliest Ebola epidemic the world has ever seen, which is spreading across west Africa, with Liberia, Guinea, Sierra Leone the worst hit, has topped 2,000, out of nearly 4,000 people infected.

Liberia already accounts for about half of all cases and deaths, and “the number of new cases is increasing exponentially,” the WHO warned.

Key development partners trying to help Liberia respond to the outbreak “need to prepare to scale up their current efforts by three- to four-fold,” it added.

The countries hardest hit by the epidemic are among the world’s poorest, with dilapidated medical infrastructures that have all but buckled under the strain of trying to contain the virus.

Before the outbreak, Liberia for instance had only one doctor to treat every 100,000 patients in a total population of some 4.4 million people.

Now that 152 healthcare workers in the country have been infected and 79 have died, the WHO said the ratio had worsened significantly.

“Every infection or death of a doctor or nurse depletes response capacity significantly,” it said.

The UN body described how taxis filled with entire families, including members suspected of having Ebola, crisscrossed Monrovia “searching for a treatment bed.”

“There are none. As WHO staff in Liberia confirm, no free beds for Ebola treatment exist anywhere in the country.”

When Ebola patients are turned away from treatment centres, “they have no choice but to return to their communities and homes, where they inevitably infect others, perpetuating constantly higher flare-ups in the number of cases,” it said.

Taxis and motorbike taxis have become a prime source for possible Ebola transmission, since the vehicles are not disinfected between passengers, if ever, according to the WHO.

“The number of new cases is moving far faster than the capacity to manage them in Ebola-specific treatment centres,” it said.

Fourteen of Liberia’s 15 counties have now reported confirmed cases of the tropical virus, which is transmitted through contact with infected bodily fluids.

Only 240 are currently available in that county, while 260 are being planned, said the WHO.

The agency estimates that between 200 and 250 medical staff are needed to safely manage an Ebola treatment facility with just 70 beds.