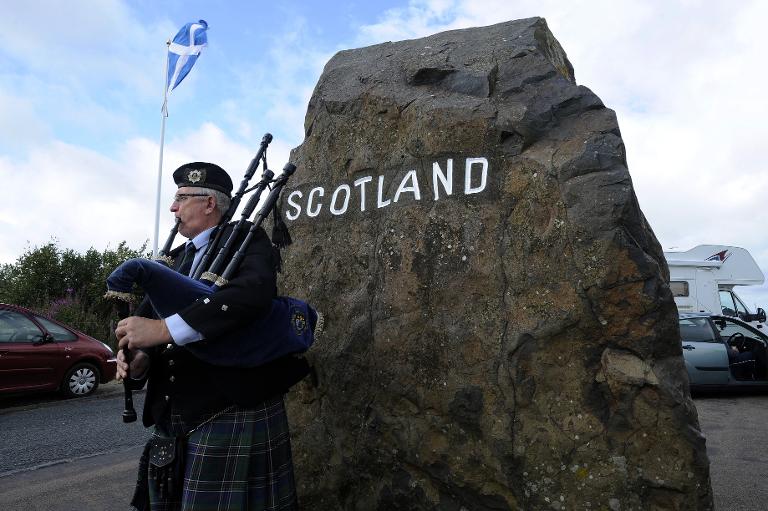 A new opinion poll published on Sunday put Scotland’s pro-independence camp ahead for the first time in the campaign, just 11 days before a referendum on splitting from Britain.

Although the two-point lead is within the margin of error, the findings dramatically up the stakes ahead of the vote on September 18, handing momentum to First Minister Alex Salmond’s Scottish National Party (SNP).

The Sunday Times also reported that Queen Elizabeth II feels “a great deal of concern” over the independence vote and has asked for daily updates.

Britain’s main parties, including Prime Minister David Cameron’s Conservatives, are now expected to reveal a plan for handing more powers to Scots in a bid to keep the 300-year-old union together.

Any vote for Scotland to leave Britain would raise questions about Britain’s standing in the international community and could put pressure on Cameron to stand down.

Scotland represents one-third of Britain’s landmass and is home to Britain’s Trident nuclear deterrent, which the SNP says must be out of an independent Scotland by 2020.

The Better Together campaign, which backs Scotland staying in Britain, has been ahead in opinion polls for months but its lead has narrowed in recent days.

The “No” camp had a 22-point lead in YouGov polling just one month ago. Another YouGov survey for The Times newspaper on Tuesday showed a marked narrowing of the gap to six points.

Alistair Darling, leader of the Better Together campaign, said the latest poll showed the referendum “will go down to the wire”.

“We relish this battle,” he added. “It is not the Battle of Britain — it is the battle for Scotland, for Scotland’s children and grandchildren and the generations to come. This is a battle we will win.”

A second survey commissioned by the “Yes” camp and released on Sunday puts the “No” camp four points ahead. The Panelbase poll gives “No” 52 percent and “Yes” 48 percent, excluding undecideds.

The “Yes” campaign’s chief executive, Blair Jenkins, urged his side to remain focused.

He added of the YouGov survey: “While this poll puts us marginally ahead, other polls show that we still have more progress to make if we are to win.

“We will be working flat out between now and 18 September to ensure that we achieve a Yes vote.”

Salmond wants Queen Elizabeth to remain head of state of an independent Scotland but the Sunday Times quoted an aide as saying this was “not a given”.

“The Queen is a unionist,” it quoted the unnamed source as saying. “There is now a great deal of concern.”

The British monarch has a home at Balmoral in the Scottish Highlands and on Saturday made her traditional visit to the Highland Games at nearby Braemar to watch pursuits like caber tossing.

Cameron is due to visit Balmoral on Sunday, arranged before the poll was published.

He would face pressure from some lawmakers to stand down if there was a “Yes” vote, the Sunday Times reported, although he insisted again on Thursday that he would not quit if that happened.

His Conservatives are unpopular in Scotland, where they are often seen as elitist and out of touch with Scottish concerns.

The party has just one lawmaker in the House of Commons out of 59 Scottish seats.

The YouGov/Sunday Times poll also showed that pro-union campaigners such as Darling and Cameron were trusted less than Salmond.

The Observer newspaper reported that an announcement was expected from the “No” camp within days on plans to let Scots decide on a federalised future for their country after intensive cross-party talks.

“There are times in a country’s affairs when it has to think big,” wrote political commentator Will Hutton in the newspaper.

“Westminster’s party leaders must offer to create a federal Britain and irrevocably commit to a constitutional convention to discuss its implementation if Scotland votes no.”