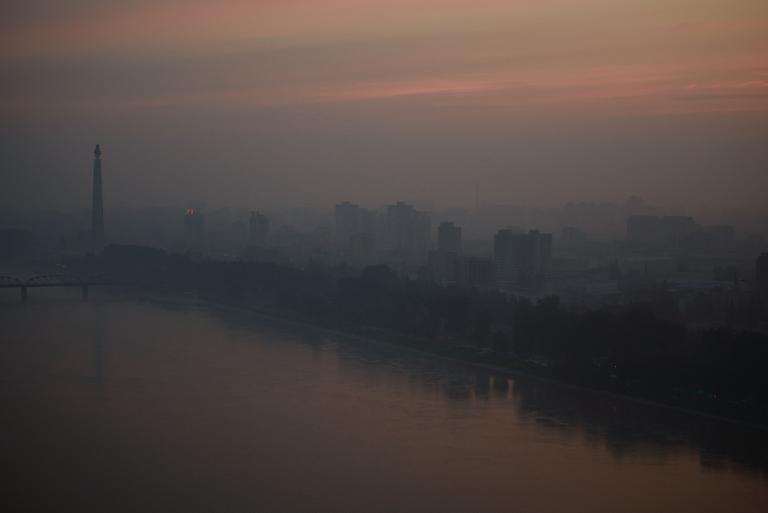 North Korea will put a detained US citizen on trial on September 14, state media said on Sunday, less than a week after Matthew Miller made a highly unusual televised plea for help from Washington.

Miller, one of three Americans being held in North Korea, was arrested in April after Pyongyang said he ripped up his visa at immigration and demanded asylum.

“The Supreme Court of the Democratic People’s Republic of Korea (North Korea) decided to hold on September 14 a court trial on American Matthew Todd Miller, now in custody according to the indictment of a relevant institution,” the official news agency KCNA said.

The statement offered no further details.

North Korea said in July it would put Miller and another detained US citizen, Jeffrey Fowle, on trial on unspecified charges related to “perpetrating hostile acts”.

On September 1, Miller — along with Fowle and the third US citizen being held in North Korea, Kenneth Bae — pleaded for their freedom as Pyongyang minders looked on in an interview with CNN.

They urged Washington to send an envoy to the isolated authoritarian state to negotiate their release.

“My situation is very urgent,” Miller said during the interview.

“I think this interview is my final chance to push the American government into helping me,” he added, wearing a dark turtleneck and often looking away from the interviewer.

US officials vowed after the interviews were aired that they would “leave no stone unturned” in their efforts to free the three men.

But State Department spokeswoman Jen Psaki refused to outline US efforts publicly, saying Washington did not want to jeopardise any diplomacy.

She would not discuss whether Washington was prepared to send a high-level envoy to Pyongyang as it has in past cases, when former president Bill Clinton and ex-governor Bill Richardson successfully won the release of detained Americans.

“We continue to work actively to secure these three US citizens’ release,” she said.

The State Department said there was no update to Psaki’s earlier remarks after the North’s announcement Sunday.

Fowle entered the North on April 29 and was detained after reportedly leaving a Bible at a hotel.

Bae was arrested in November 2012 and later sentenced to 15 years of hard labor on charges of seeking to topple the North Korean government.

Washington has no diplomatic ties with North Korea, and the Swedish embassy acts as a go-between in such consular cases. Swedish officials last visited Bae on August 11, and saw Fowle and Miller in late June.

A number of foreigners have been detained in the North for years, many for alleged involvement in religious activities.

Some were allowed to return home afterwards due to old age, or after intervention by high-profile US figures.

A 75-year-old Australian, John Short, was detained for 13 days until early March after distributing religious material in Pyongyang.

He was deported after signing a detailed “confession” and apology.

Eddie Jun Yong-Su, a Korean American businessman, was detained for six months for apparent missionary activities, and freed in 2011 after former US President Jimmy Carter pleaded for his release.

Last year, a 85-year-old US Korean War veteran Merrill Newman was held for more than a month in the North after enquiring about North Korean veterans.

Although religious freedom is enshrined in the North’s constitution, it does not exist in practice and religious activity is severely restricted to officially-recognised groups linked to the government.

The Kim family, including the current leader Kim Jong-Un, has been ruling the impoverished, isolated state for three generations with an iron fist and pervasive personality cult.