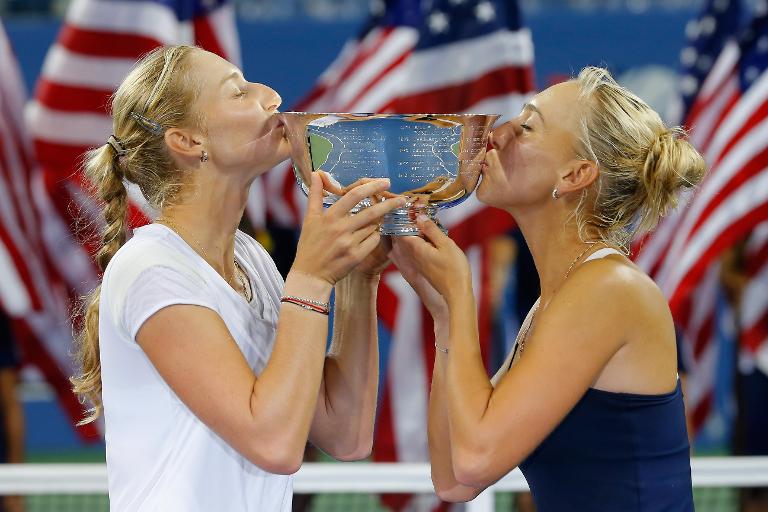 Martina Hingis’s hopes of winning her first Grand Slam doubles title since 2002 were shattered when the Russian pairing of Ekaterina Makarova and Elena Vesnina took the US Open title.

Hingis, 33, was playing with Italy’s Flavia Pennetta but despite a promising start to Saturday’s final they went down 2-6, 6-3, 6-2 to the fourth seeds.

Hingis last appeared in a doubles final at a Grand Slam in 2002 at the Australian Open where she won the title with Anna Kournikova, one of nine doubles crowns she captured during her heydey.

She also captured the 1998 doubles title in New York with Jana Novotna.

“We definitely had our chances, but when we look back starting the tournament, if you ask me to sign a paper that I’m in the finals, I would probably accept it with my eyes closed,” said Hingis.

“When you’re that close of course you want to win. We beat them before. It’s not like we didn’t have a chance. We showed that we can beat the best doubles teams out there today again, but I felt like the juice ran out a little bit at the end.”

Makarova and Vesnina have now won two majors after their 2013 triumph at the French Open.

Their victory came a day after Makarova was beaten in the singles semi-finals by two-time defending champion Serena Williams.

Vesnina said she had been wished good luck for the final by Serena.

The Russians had defeated the Williams sisters on their way to the final.

“I saw Serena this morning in the locker room. She said, Are you playing final today? I’m like, Yes. She looked straight at me in my eyes, she’s like, Go for it, because you really deserve it,” said Vesnina.

“I was like, Ah, thank you. That win, of course, gave us confidence, because beating Serena and Venus at home with their crowd and on the big stadium when everybody was for them.”