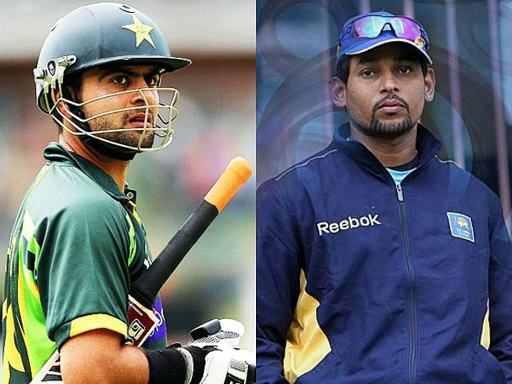 What is a sport? A sport, technically is defined as â€˜an activity involving physical exertion and skill in which an individual or team competes against another or others for entertainmentâ€™. But itâ€™s more than that. Itâ€™s raw passion.

Who is a sports person? Any of the individuals engaging in this activity. But theyâ€™re more than that. Theyâ€™re people who sweat it out to earn the nation accolades. When a team or player is chosen, is he/she chosen based on his caste, creed, colour or religion? No, isnâ€™t it? Theyâ€™re chosen on the basis of their talent. Correct me if I am wrong. But assuming that I am right, it means thereâ€™s no place for â€˜other factorsâ€™.

When a Pakistani cricketer was caught on camera telling Tillakaratne Dilshan that anyone converting to Islam finds a spot in heaven, and that he too, should follow that path, the world was stunned. Some lambasted the cricketer, some just clicked their tongues and nodded their dissent. Did anything happen other than that? Not sure? It didnâ€™t.

We are always caught raising a hue and cry if the slightest string of racial discrimination is spotted. We fume and fret when mothers and sisters are dragged into sport in the form of abusive language? Why? Not just because it disrespects them, also because thereâ€™s no place for personal attack and vendetta in sport. We support feminism, advocate equal rights for both the genders and file great stories that stir our souls and make us believe that be it men, or women, they have a right to exhibit their talent? Why? Because thereâ€™s no place for gender discrimination in the field of sports.

We want sports to be clean? Why? Not just because thatâ€™s the way itâ€™s meant to be, but also because thereâ€™s no place for unfair advantages in sport.

We know the rules, we know the norms, yet, every now and then, it is one of us who shames sport by dragging in aspects that find no place in there. Remember how about a month back, our very own champion Sania Mirza was reduced to tears? Not because she couldnâ€™t pull back the strings on a tough match, but because she was referred to as a â€˜Pakistani Bahuâ€™ by a narrow-minded section of the society. This, because she was appointed as the brand ambassador of Telangana. Although she did come up with a fitting reply back then itself, yet she carved out the real beautiful response by doing what she does best — tennis. Post bagging the US Open trophy for mixed doubles, she dedicated the win to Telangana, showing that sport transcends everything — religion, marital status and gender.

When a bunch of exceptionally talented people drown the nation with laurels, drenched in the colours of the nation, religion, caste, creed and everything else should be shut out. For sport is passion, unending dedication, a drive to do well and patriotism and its insane best. Anyone, belonging to any religion, any colour and any gender can accomplish it.

So, please, weâ€™ve divided the world with boundaries and fences; with religions and castes; with colours and languages. But please, letâ€™s just keep sport out of that ambit. Itâ€™s pure and sacrosanct. Letâ€™s pledge to keep it that way. Please!