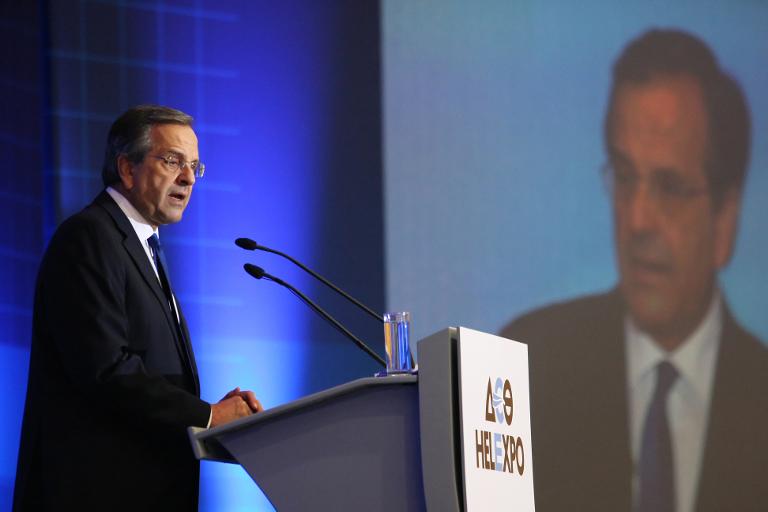 Greece will return to growth in the next quarter after six years of crippling recession, its prime minister announced on Saturday.

“In the third quarter of 2014, the Greek economy will register growth for the first time in 24 quarters,” Antonis Samaras said at the opening of an international trade fair in northern Greece.

Athens has budgeted for a 0.6 percent growth in gross domestic product (GDP) this year after more than half a decade of recession.

Greece’s economy shrank by 1.1 percent in the first three months of 2014 and by 0.3 percent during the second quarter, making the second half of the year crucial if it is to register net annual growth.

Samaras also said Greece will thrash out the details of how to pay off its colossal public debt, which stands at 318 billion euros ($418 billion), equivalent to 175.1 percent of GDP.

After a debt crisis erupted in 2010, Athens was granted more than 240 billion euros in credit by the European Union, ECB and International Monetary Fund.

That came in exchange for strict reforms however, which has curbed consumer spending and driven unemployment to one of the highest levels in Europe.

On Saturday, more than 20,000 people demonstrated in Greece’s second city of Thessaloniki calling for an end to the austerity brought in as part of Greece’s bailout package.

Representatives from Greece and the “troika” of creditors had thrashed out sensitive details over three days of talks in Paris last week, which Greek officials hailed as “positive”.