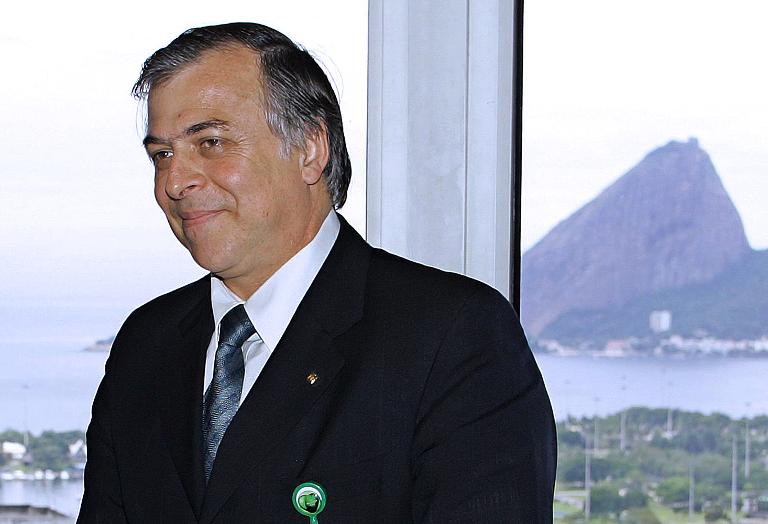 A detained former director of Brazil’s Petrobras has named dozens of lawmakers and senior officials said to have received kickbacks from the state-run oil giant, in revelations which could damage President Dilma Rousseff as she seeks re-election next month.

The allegations, detailed in major Brazilian newspapers Saturday and reported to be part of a scandal involving as much as $4.5 billion, come with Rousseff battling to regain the initiative from environmentalist Marina Silva, whom polls see as winning an October 26 run-off vote.

Campaigning in Sao Paulo, Rousseff refused to speculate on the claims of kickbacks, saying: “I would like to know just what information has been provided” to federal police, who had no immediate comment.

Folha de Sao Paulo reported 49 deputies, 12 senators and several state governors were involved, while Globo daily linked at least 25 lawmakers to the scam, with the parties of both Rousseff and Silva implicated.

Paulo Roberto Costa, the former head of Petrobras’ refining and supply unit, who is accused of money laundering and faces up to 30 years in prison if found guilty, was quoted as saying: “There was a politician knocking at my door every single day.”

According to Costa, who is talking to investigators as part of a plea deal, the lawmakers received three percent commissions on the value of the contracts signed by Petrobras while he served as director of refining and supply from 2004 to 2012.

He alleges the contracts were signed with a string of companies outside Petrobras in an attempt to conceal any wrongdoing.

The claims threaten to become a major headache for Rousseff, who needs to regain poll momentum having been buffeted by last year’s protests over the cost of staging the June-July World Cup.

Veja also named Eduardo Campos, former governor of Pernambuco state and who was the Socialist Party’s candidate until he was killed in an August 13 plane crash which led to current poll favorite Silva taking up the party baton.

Silva, on a roll in the polls, is promising a “new politics,” though she served as environment minister under Lula.

She rejected the idea that Campos might have engaged in wrongdoing.

“Having Petrobras business undertaken in his state does not give anyone the right to place him on the list of people who may have committed some irregularity,” Silva thundered.

She directed her fire at Rousseff.

“All Brazil is waiting on the outcome of the investigations into the allegations,” Silva tweeted.

“The government must explain the poor stewardship of Petrobras, bringing this successful and respected firm to almost total bankruptcy.”

Aecio Neves, of the Brazilian Social Democracy Party, trailing well behind Rousseff and Silva in the presidential polls, said that “we are dealing here with a mensalao mark II.”

It is not the first time Petrobras has been mired in scandal.

Last year, it emerged that the firm, a cash cow for state spending, massively overpaid to buy a refinery at Pasadena, Texas, in 2006, at a time when Rousseff herself chaired the Brazilian giant.

Petrobras has over the past five years seen its market capitalization value slump by hundreds of millions of dollars, leaving it the world’s most-indebted major oil company.

The government has hampered the company’s performance by forcing the firm to sell fuel to domestic consumers at prices below market value to stem rising inflation, limiting potential revenue at a time when the company is in the early stages of an ambitious expansion plan focused on oil exploration.