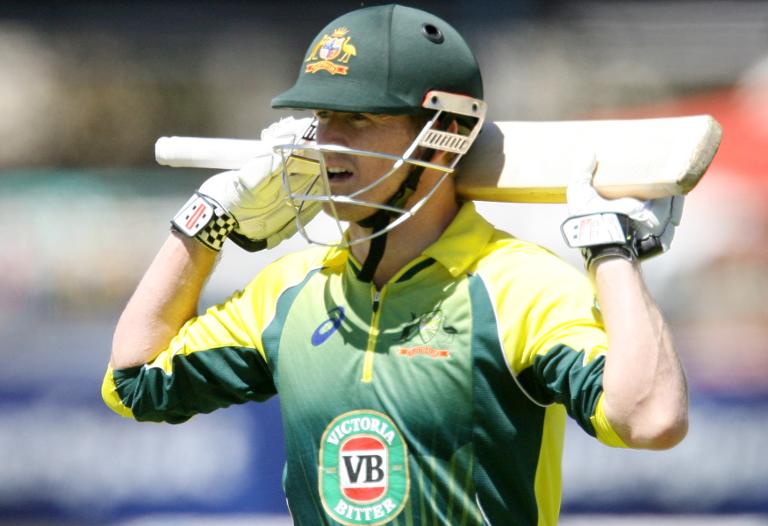 George Bailey has given up the captaincy of Australia’s Twenty20 team to focus on playing in next year’s World Cup, Cricket Australia said Sunday.

Bailey, 32, has indicated that he wants to prepare for the one-day World Cup in Australia and New Zealand next February-March and to play more first-class cricket for his state Tasmania, particularly before Christmas.

Bailey was appointed T20 captain in January 2012, taking over from Cameron White, and in that time he competed in two ICC World T20 tournaments.

He played for Australia in 28 T20 Internationals, winning 14 and losing 13 with one tied match.

CA said it would make an announcement on Baileyâ€™s replacement as captain shortly.

“I’ve thoroughly enjoyed the responsibility and honour of leading Australia in T20 internationals,” Bailey said in a statement.

“Over the last couple of months I have had the opportunity to reflect on my role as T20 captain and the direction I want to take my cricket over the next few years.

“I want to focus on my one-day cricket as well as becoming the best long-form player I can to give myself the very best chance to play Test cricket again.

“Stepping down from the T20 captaincy allows me the option of not playing some T20 International matches so I can play more four-day cricket for Tasmania this side of Christmas.”