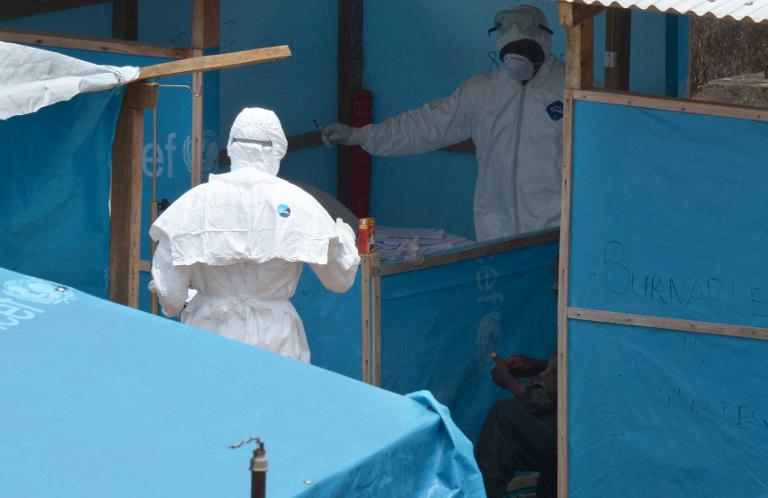 The death toll from the Ebola epidemic has climbed above 2,000, the World Health Organisation (WHO) said Friday, as it voiced hopes a vaccine could be available in November.

The deadly virus has claimed 2,097 lives out of 3,944 people infected in Liberia, Guinea and Sierra Leone, since emerging last December, the UN’s health organ said after a two-day crisis meeting in Geneva.

Nigeria has recorded another eight deaths out of 22 cases. At least 30 more people have died in a separate outbreak in the Democratic Republic of Congo.

Results from safety trials for two prototype vaccines should be known in November, the WHO added.

“If proven safe, a vaccine could be available in November 2014 for priority use in health-care workers,” it said in a statement.

Earlier Friday, UN chief Ban Ki-moon set the goal of stopping the worst-ever outbreak of the disease within six to nine months.

The “next few weeks will be crucial,” Ban said in New York, adding this was an “international rescue call.”

The meeting in Geneva gathered more than 150 experts in drug research, epidemiology, ethics, regulation and financing.

No licenced vaccine or treatment exist for Ebola, a haemorrhagic fever caused by a virus transmitted through contact with infected body fluids. A number, though, have been tested in animal models and shown promising results.

“In view of the urgency of these outbreaks, the international community is mobilising to find ways to accelerate the evaluation and use of these compounds,” the WHO said.

One possible technique is to use blood transfusions from people who have survived Ebola, in the hope that this will boost antibody defences in those who are infected.

“A blood-derived product can be used now, and this can be very effective in terms of treating patients,” said WHO assistant director general Marie-Paule Kieny.

“We agreed that whole blood therapies and convalescent serums may be used to treat Ebola virus disease, and that all efforts must be invested in helping affected countries use them safely.”

The two most advanced vaccines — based on vesicular stomatitis virus and the chimpanzee adenovirus — will start in Africa and Europe in mid-September, it said.

The agency stressed it would work with all parties to test whether the vaccines are safe, and if so, make them swiftly available.

Supplies of experimental medicines — including the prototype drug ZMapp — are limited, and “will not be sufficient for several months to come,” the agency warned.

ZMapp has been given to about 10 infected health workers, including Americans and Europeans, of whom three recovered.

Kieny told reporters “there is not enough experience with ZMapp to conclude whether this treatment works or not,” adding “there seem to be encouraging signs.”

The European Union released 140 million euros ($187 million) in aid to combat the disease, a day after the United States offered an additional $75 million to buy beds and bolster treatment centres.

The UN’s children agency also announced Friday it had used funds from the World Bank to airlift 48 tonnes of medicine and medical supplies, including latex gloves and other protective equipment, intravenous fluids and antibiotics to treat Ebola patients in Sierra Leone.

Ben Neuman, a virologist at the Britain’s University of Reading, commented that the WHO’s broad strategy was sound.

“It is hard to know which, if any, of the potential Ebola-killing treatments will work best in sick people before they are tested, so it is good that the WHO is considering a wide range of options,” he told Britain’s Science Media Centre.

“The list of treatments under consideration contains solutions for different problems — some could stop a person from becoming infected, and others are being considered to treat various stages of infection.”

The crisis has stirred a fierce debate about how the world should have responded after first reports trickled out from some of the world’s poorest countries with dilapidated medical infrastructure.

In a commentary in The Lancet medical journal published Friday, Georgetown University’s Lawrence Gostin blamed “human resource shortages and fragile health systems” for the extent of the outbreak.

“How could this Ebola outbreak have been averted and what could states and the international community do to prevent the next epidemic?” he asked.

“The answer is not untested drugs, mass quarantines, or even humanitarian relief,” he wrote, but “to fix these inherent structural deficiencies.”