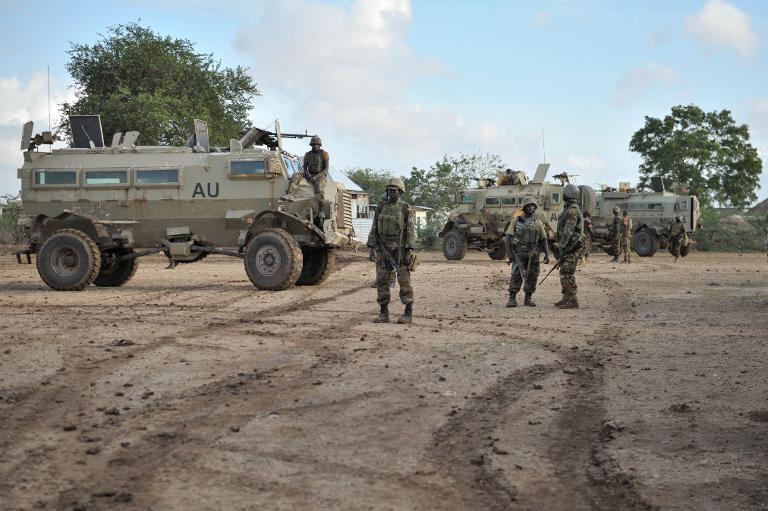 The United States said Friday it had killed the chief of Al-Qaeda-linked Shebab militants in a bombing raid in Somalia, touting it as a model for an assault on Islamic State jihadists.

The Pentagon confirmed that Ahmed Abdi Godane perished in the attack on Monday in which US drones and manned aircraft rained Hellfire missiles and laser-guided bombs on a gathering of Shebab commanders.

Godane had boasted that Shebab was behind the siege at the Westgate shopping mall in Nairobi last year, which killed at least 67 shoppers, staff and security personnel.

President Barack Obama, speaking in Wales after the NATO summit, seized on the results of the strike to give definition to his separate effort to combat another radical Muslim extremist group, Islamic State (IS), following days of criticism over his anti-terror strategy.

“We released today the fact that we have killed the leader of Al-Shebab in Somalia and have consistently worked to degrade their operations.”

Obama has been under fire for admitting last week he did not yet have a strategy to combat IS in Syria, and has employed imprecise language about US goals — before settling Friday on the phrase “degrade and defeat.”

The killing of Godane allowed the president to fold the fight against Islamic State into what the White House says is a wider strategy to combat Islamic extremism, which has included efforts to take out leaders of militant groups.

The Pentagon previously announced the raid in Somalia but had been unable to confirm Godane’s death before Friday.

Somalia’s President Hassan Sheikh Mohamud thanked the United States, and called on Shebab fighters to lay down their weapons.

He also offered Shebab fighters a 45-day amnesty, calling on them to lay down their arms and renounce ties with Al-Qaeda.

“One of the main pillars of the Somali war has gone, so there is no reason for Somalia’s youth to continue with a war when its days are numbered,” he said.

Shebab have refused to confirm or deny their leader’s death.

US officials did not specify how Godane’s death was confirmed, but in similar cases in the past, US intelligence agencies have tested DNA samples and used information gleaned from eavesdropping.

The State Department had listed Godane as one of the world’s eight top terror fugitives and analysts said his death marks a crippling setback for Shebab.

“It is too soon to declare the demise of Al-Shebab, but the group will now face difficult decisions about how to replace a brutal but effective leader,” said Joe Temin of the US Institute for Peace.

A top US intelligence official said there was no obvious successor in the waiting.

“He was a strong leader of Al-Shebab .. and had basically taken care of rivals pretty effectively,” said Matthew Olsen, director of the US National Counter-Terrorism Center.

The group is deeply divided and “there are a number of potential candidates” who could succeed Godane, Olsen told reporters.

Godane, 37, who reportedly trained in Afghanistan with the Taliban, took over the group in 2008 after then chief Adan Hashi Ayro was killed by a US missile strike.

Godane had overseen the group’s transformation from local insurgency to major regional guerrilla threat, after eliminating his fellow Shebab rivals.

Under pressure in Somalia from African Union forces and having lost territory in the past three years, Godane had shifted the group’s focus from a mainly nationalist agenda to one espousing global jihad.

US officials vowed no let-up in the fight against Shebab, which under Godane had forged an alliance with Al-Qaeda.

It will be crucial to “keep up the pressure,” Olsen said.

Even with Godane gone, the group still had a “cadre of people” capable of planning terror attacks, according to Nicholas Rasmussen, deputy director of the National Counter-Terrorism Center.