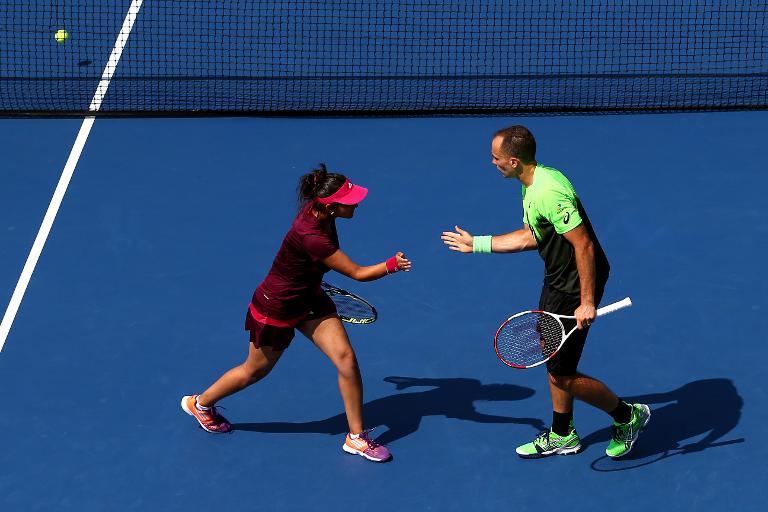 India’s Sania Mirza captured her third Grand Slam mixed doubles title on Friday, winning the US Open crown with Brazilian partner Bruno Soares and then declared herself “a proud Indian”.

Soares claimed a second US Open mixed doubles title to go with his 2012 victory with Russian Ekaterina Makarova. Mirza had lifted mixed doubles titles at the 2009 Australian Open and 2012 French Open with compatriot Mahesh Bhupathi.

Mirza’s win comes just a month after she was described by a Hindu nationalist politician as “Pakistan’s daughter-in-law” and unfit to be a representative of India.

The blast was delivered by K. Laxman, a regional legislator belonging to the national ruling Bharatiya Janata Party (BJP), who questioned the credentials of Mirza to be “brand ambassador” for the country’s newest state Telengana.

Mirza, 27, and married to former Pakistan cricket captain Shoaib Malik, broke down in tears over the conrtroversy.

“It was tough, you know. Just before I left there was a lot happening at home. But, yeah. Still a proud Indian, I guess, five weeks later,” said Mirza, whose women’s doubles campaign with Zimbabwe partner Cara Black ended on Thursday at the hands of Martian Hingis and Flavia Pennatta.

Mirza and Soares, playing their first event together, needed six match points to take victory on Friday with the Indian star celebrating by performing an enthusiastic bunny hop into the arms of the Brazilian.

“I got tight. He held his nerve. I needed that a little bit with my serve. I was serving well till then,” said Mirza, who double faulted on the first match point.

“I was making a lot of first serves. It’s never easy. No matter how many you win, never easy to close it out.