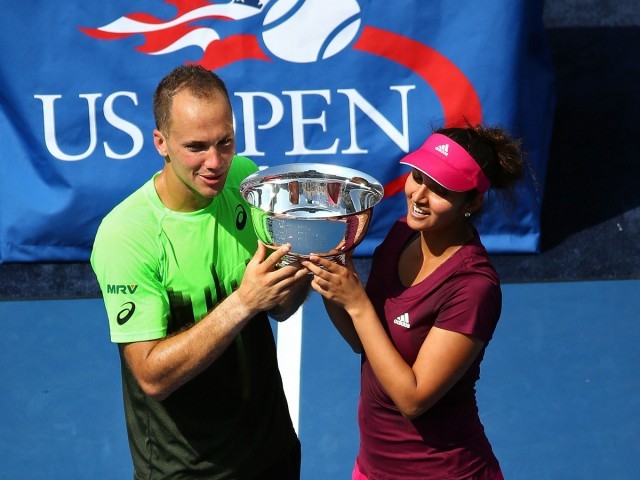 Sania bounced back brilliantly to win her third Grand Slam title only a day after losing the women’s doubles semi-finals.

After winning the first set decisively, Sania and Soares stumbled dramatically in the second, taking the match into a super tie-break.

The topsy-turvy nature of the match continued as the top seeds let go of a 9-4 lead to let their opponents tie the scores at 9-9.

In the end, however, the Indian-Brazilian pair, who have been so impressive in the entire tournament, held on to win two consecutive points to take home the title.

Her best performance in the women’s doubles was when she reached the final of the French Open.