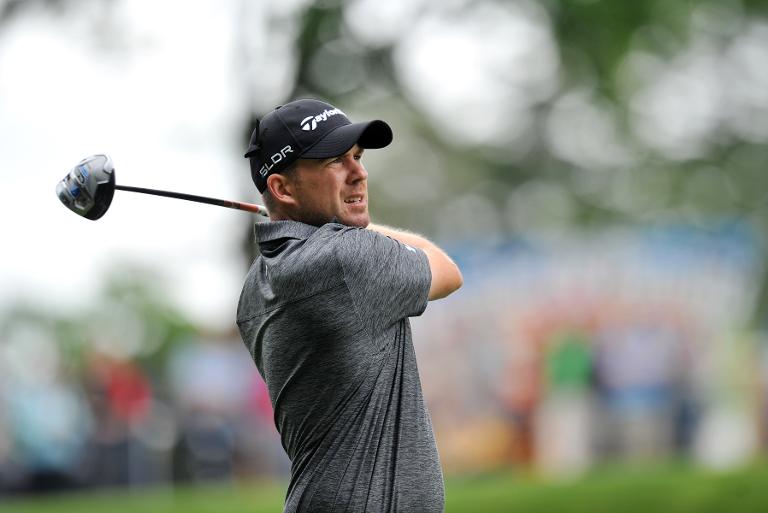 Richie Ramsay moved closer to a second European Masters title in three years by opening up a one shot lead on Ryder Cup debutant Jamie Donaldson in Switzerland on Friday.

American Brooks Koepka is a shot further back after consecutive rounds of 65, alongside England’s Graeme Storm, who carded a 66.

“Today was a little bit tougher, especially on the back nine, where some of the pins were very tricky,” said Ramsay, who had shared the overnight lead with Italian Edoardo Molinari.

Molinari dropped four shots off the pace with a level-par 70 in early wet conditions.

“The rain made life a bit trickier and the temperature also dropped, which made distance control difficult,” said Ramsay.

“So it was definitely harder than yesterday, but I stayed steady and my attitude was good again, so overall it was another good dayâ€™s work.”

Ramsay looked like enjoying a two-shot lead until Donaldson completed a 64 with a seventh birdie of the day.

“I played well again today, especially on the front nine,” said Donaldson, who is seeking back-to-back wins after victory in the Czech Masters sealed his place on the European team for Gleneagles.

“There are birdies to be had, but you have to play really aggressively and then you run the risk of getting yourself into trouble.

“It’s a very fair course, but it’s also a real test in places so you have to stay patient and not go too gung ho.”

Koepka, 24, carded eight birdies and three bogeys, one of the dropped shots coming when his drive finished just a few feet out of bounds on the short seventh.

Fellow-American David Lipsky was a shot behind on nine-under, alongside Ireland’s Shane Lowry and Northern Ireland’s Gareth Maybin.

Donaldson’s Ryder Cup team-mate player Victor Dubuisson was four shots off the pace after recovering from a double bogey on the 12th, his third hole, to return a 67.