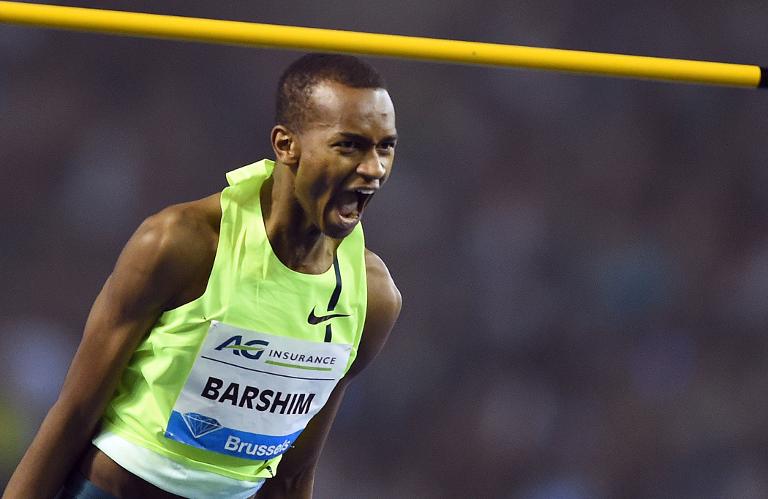 Mutaz Essa Barshim is a rarity in high-class Qatari athletics: not an incomer from Nigeria or Kenya but a real homegrown talent who is within a whisker of breaking one of track and field’s most legendary records.

The last Qatari to shine on the world stage was Saif Saaed Shaheen, formely known as Kenyan Stephen Cherono.

Ironically, it was at the same Brussels stadium that Shaheen set the 3000m steeplechase world record in 2004 that Barshim took centre stage on Friday, becoming the second highest man of all time after clearing 2.43 metres in the men’s high jump in a thrilling display.

The 23-year-old Barshim was locked in a battle royal with Ukraine’s Bohdan Bondarenko, both attempting 2.46m, 1cm higher than Cuban Javier Sotomayor’s 21-year-old high jump record, in a nail-biting climax to the Diamond League final.

The record remained intact, but Barshim is confident it will be broken given the increase in high jumps.

There have now been 16 jumps over 2.40m in 2014. Before this year, never had two high jumpers cleared 2.40m in the same competition — it has now happened four times.

“I think it’s possible to break the record. It’s been done by a human, we’re all human, so it’s possible,” the Doha native said.

“I gave it my best and am happy with 2.43, it’s the second best ever” after Sotomayor, with Bondarenko and Sweden’s Patrik Sjoberg tied at 2.42m.

Barshim’s 2.43m was not only a world-leading mark, but it also broke his own Asian record as well as the IAAF Diamond League record.

“In a competition like today, you don’t have the world record on your mind,” said the world indoor champion. “The competition is so intense, you just want to win, you want to beat your opponents, you don’t mention what the height is.

“Jumping 2.43m is a huge thing. I didn’t realise it but now after the competition, I thought that’s high!

“It means Javier is the king and now you’re the prince. You might take over at any time, so that’s really big for me and really good motivation.”

Asked what he needed to do to improve and have a real shot at Sotomayor’s record, Barshim said: “Mostly it’s time: I need experience, there’s no shortcut for experience. I need time to get stronger.

“I’ve only tried for the world record two or three times. I need big competitions, to be fighting.

“It’s a world record and you need everything to be perfect, the weather, the crowd, you need to feel good physically and mentally.

“When all that comes together, I think it’s possible to beat Sotomayor’s record.”